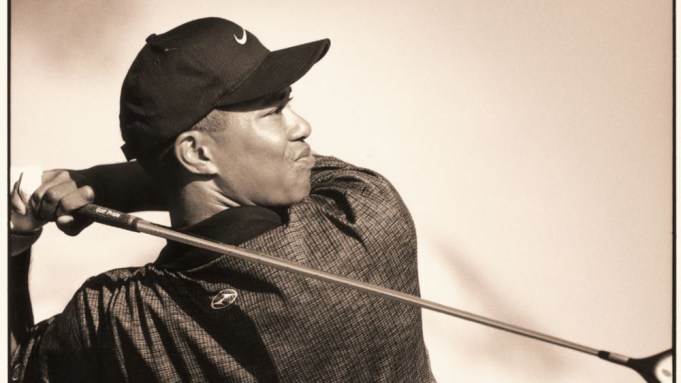 Footage of a young Tiger surrounded by news cameras and reporters follows as Earl continues praising his son. “He will transcend this game. And bring to the world a humanitarianism, which has never been known before,” says Earl, who died in 2006.

Via a montage of exclusive home videos and footage of Woods’ news coverage and talk show appearances, the trailer teases the deep dive directors Matthew Heineman and Matthew Hamachek will offer into the athlete’s success and scandal. The first clip for the HBO doc dropped the same day Woods completed the first round at the 2020 Masters, where he is the defending champion. He shot a bogey-free 68.

Tiger, based on Jeff Benedict and Armen Keteyian’s book Tiger Woods, will feature never-before-seen footage and interviews with people in the golfer’s closest circles including Dina Parr and Rachel Uchitel, the woman at the center of Woods’ 2009 sex scandal. Thedocumentary will also be Uchitel’s first sit-down interview about the relationship she and Woods shared.

Concluding with news clips of the scandal and Woods’ eventual comeback to golf, the trailer also sees Earl Woods plead to his listeners. “This is my treasure,” he says. “Please accept it and use it wisely.”