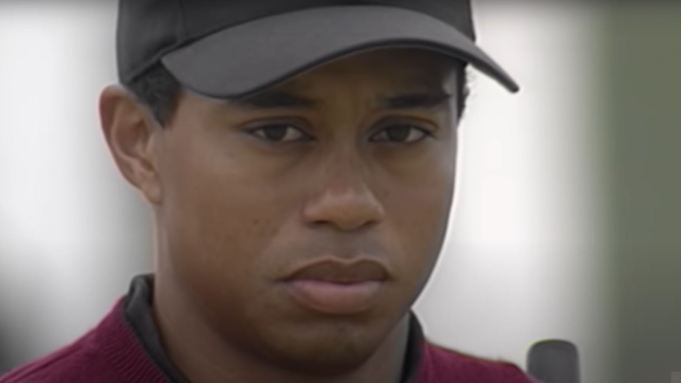 Tiger Woods’ life has come full circle. That seems to be one of the themes of Tiger, a two-part documentary from HBO Sports and Jigsaw Productions that is billed as a chronicle of the golf legend’s “rise, fall, and epic comeback.” That arc was hard ignore as Woods and his 11-year-old son, Charlie, played together at the PNC Championship last weekend. And the new HBO documentary promises an in-depth look at the story.

The newly-released trailer for Tiger opens with footage of an elementary-school-aged Woods, much like Charlie, on the course with his father. Woods was a Southern California wunderkind almost from the time he could walk, appearing on The Mike Douglas Show as a toddler with avid golfers Bon Hope and Jimmy Stewart.

The trailer traces Tiger’s remarkable rise from a cute kid to the sport’s most dominant golfer, with the attendant expectations not just of weekly victory, but of being a “bridge between all the different tribes races in humanity.”

Then came the downfall. The trailer teases interviews with Tiger’s first true love, Dina Parr; as well as Rachel Uchitel, the woman at the center of the sex scandal that forever altered Woods’ world. It is Uchitel’s first-ever sit-down interview about their relationship.

One voice that seems missing from the trailer is ex-wife and mother to his children, Elin Nordegren.

But Tiger does contain never-before-seen footage and revealing interviews with those who know the golfer best, including his former caddy and close friend, Steve Williams; golf legend and six-time major champion Sir Nick Faldo; and his father Earl Woods’ friend and biographer, Pete McDaniel.

In other words, this is Tiger Woods’ Last Dance.