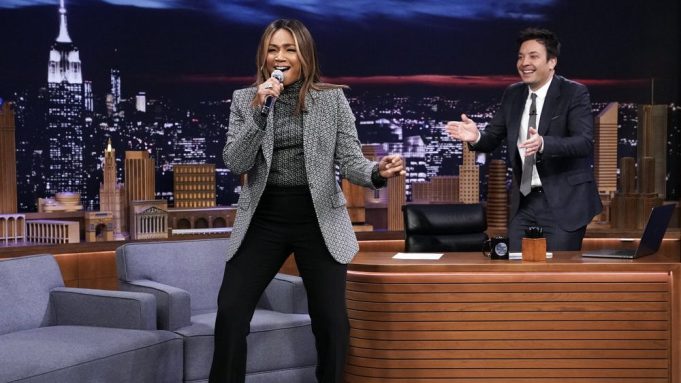 There have been rumors going around the internet that Tiffany Haddish will be taking the stage as Oscars host. After talking about spending time with her grandmother on Thanksgiving and her time as a high school mascot on The Tonight Show Starring Jimmy Fallon, she addressed these rumors and whether or not “she ready” to take on that responsibility.

“I would if they paid me and I could do it with somebody,” she said. Haddish even suggested that she and Fallon, who has hosted the Emmys, team up for hosting duties on Hollywood’s biggest night.

“I don’t want all that pressure on me because I’m gonna lose all my hair,” said Haddish. “Then I’m going to have to really wear wigs all the time.”

If the price was right Haddish said she would definitely host. If she did host the Oscars, Haddish said: “I would have it hot…it would be so much fun. We would have twerk contests in everything!”

She went on to say that she would bring Meryl Streep and Susan Sarandon on stage for the aforementioned twerk contest — now that would definitely boost the ratings.