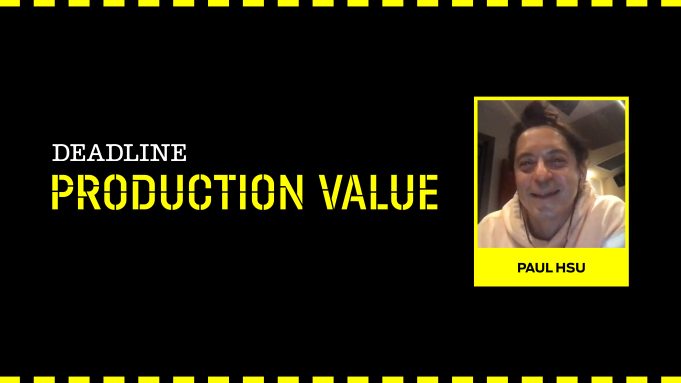 While supervising sound editor and re-recording mixer Paul Hsu says that he is not “historically…a big Broadway fan,” he found the opportunity to adapt a stellar stage musical for the screen in tick, tick…BOOM!, the Netflix film released last month, which saw him collaborating with Tony, Grammy, Emmy and Pulitzer Prize winner Lin-Manuel Miranda.

Hsu was approached for the project at the height of the Covid-19 pandemic, hopping on Zoom with Miranda and quickly finding him to be a kindred spirit. “To me, it’s all about that connection of, within the first 20 seconds, do you feel like this person is coming from it in a similar way that I might? And Lin was that way for me instantly,” he recalls in the latest installment of Deadline’s Production Value video series. “We started talking about music and the process, and I just felt like it was going to be a good fit. Immediately, the language of how he was approaching the project just felt right.”

Oscar nominee Andrew Garfield stars as the late Jonathan Larson in the film based on his musical of the same name, which finds the promising young theater composer on the cusp of his 30th birthday—navigating love, friendship and the pressures of life as an artist in New York City.

Hsu knew as he joined the film that it was going to need to be “very music-forward,” seamlessly balancing the vocals for musical performances with dialogue and other sonic elements. “The film is brilliant in the way that it blurs the line between the narrative or the dialogue and the feature of the sung vocals,” he observes. “I work a lot with Spike Lee, and he actually has a very similar approach, and Lin and I talked about that very early on.”

At every stage of the process, Hsu was working closely with music producers Alex Lacamore, Bill Sherman, and Kurt Crowley, as well as Miranda and a wide variety of other creatives, with certain songs performed live on set and others being prerecorded. “The behind-the-scenes production value is unbelievable, right? Some of the scenes where there’s a lot of dance choreography, they physically can’t be singing while they’re doing all those crazy moves, so that’s obviously going to be a pre-record, and then anytime there’s more intimate scenes or where it allows, of course they’re always singing,” he explains. “Then behind the scenes, [the music and sound departments are] going through the process of combining all those takes so it’s the best foot forward for the cast.”

Another invaluable collaborator was production sound mixer Todd A. Maitland. “Production mixing, production recording is a real black art that’s underappreciated. It’s this very black magic thing like, how do you get those sounds and environments that are not simple?” says Hsu. “Todd…did just an incredible job…Without that quality of recording, I can’t do anything really.”

Hsu explains that the approach of getting the film into its final form was a matter of constant iteration through temp mixes. “As soon as the cut is in a place where it can even be watched, we start doing the first temp mix, where it’s like practicing,” he says. “We put everything in place, try to get things to work as if it’s a movie, show it to some audiences, show it to each other, and then just gradually [come to understand] the parts that are going to work and the other parts that don’t, and how we’re going to improve those.”

One of the most challenging and fun musical numbers to bring to life was Miranda’s personal favorite, “Sunday,” which brought assorted Broadway legends together in a café. “That one took the longest to bring to life I think, just because of the amount of overdubbing and process. The beginning of that is very sound design heavy, very abstract, and then once you get into the song, it’s just pure musical number overload, where they had all of the legends go in and do their vocals specifically soloed, so that we could feature them,” Hsu says. “There’s a choir in the background, there’s a full orchestration by the original orchestrator. It’s just a lot of things which then have to unfold over the course of the song.”

For Hsu, the highlight of the process on tick, tick…BOOM! was the same as it tends to be on all projects—that being the experience of watching an early cut with a director and an audience. “Being in the room where you see and feel the energy that everyone has, by some strange, magical formula, brought together, so that then a group of 300 strangers plus the director experience [the film] in a way that is new and fresh…for me, that’s really the most rewarding part,” he says, “where you really feel so deeply how the labor of love has been brought to fruition with people who you’ve passed it onto.”

Hsu equates his role on the mixing side to that of a DJ in a club. “You’re trying to create this feeling of experiencing the movie where the director, even though the director knows the song, the movie so well, somehow you’ve brought it to a place that they couldn’t conceive of before, just like a great DJ does,” he says. “And that’s the very elusive part of it.”

This year, Hsu has two additional contenders in the awards race: Liesl Tommy’s Aretha Franklin drama Respect, which posed challenges akin to those of tick, tick…BOOM!, and Tom McCarthy’s crime drama Stillwater, which is a different experience entirely.

The artist recalls that he originally gravitated towards music as a craft of choice, attending a conservatory as a piano major, and discovering sound design and film mixing only after he’d graduated, and gotten into record mixing. “It’s a very New York story in a way, where I came to New York a week after graduation. It was the heyday of the late ’90s, the heyday of hip-hop and R&B record mixing in New York, and [I] came up as a record mixer really, as an assistant in the end of the big-console, analog days,” says Hsu. “So, [I] really got my start in music, in a way, which was great for a movie like [tick, tick…BOOM!], of course.”

When Hsu crossed over into the world of film sound, he enjoyed exploring the idea that sound design and music are “in a way” the same thing, “working with sound as music and vice versa,” and coming to realize that success in the craft came as a result of dedication to the work. “At the beginning…I was making minimum wage, and it’s about just loving the process,” he says. “And if you love it enough and show up and eventually learn the craft from those above you, you’ll move forward.”

Hsu found his big break in McCarthy’s “virtually no-budget independent film” The Station Agent, which would lead to future collaborations with the Oscar winner on Best Picture winner Spotlight, the aforementioned Stillwater and other films. One of his goals going forward is to continue to push boundaries, as a sound artist who believes the mixes for the theater and for streaming should be more alike than they often are. “I know there’s a lot of controversy around that, but for me personally, it’s about really making those different ideas inform each other,” he says. “The more we can do that, the better.”

He also hopes to be able to explore “a little less reality-based approach” to film mixing, as he looks ahead. “You know, there’s directors like Wong Kar-wai or Gaspar Noé [that] do that to some extent. But I would love it if American filmmakers would push that boundary a little bit,” he says, “where maybe we don’t have to be so realistic all the time.”

Check out our entire conversation with Hsu above.