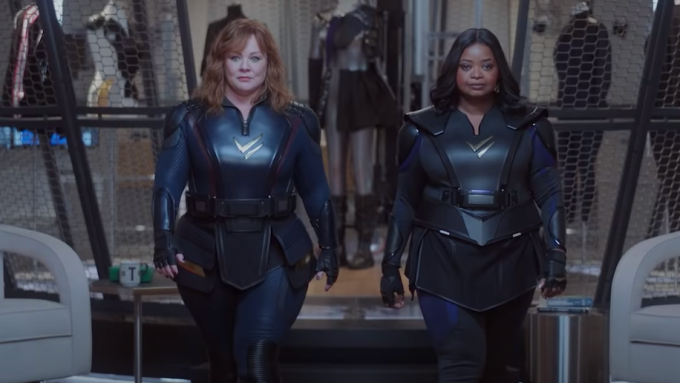 Melissa McCarthy and Octavia Spencer give the likes of Wonder Woman and Black Widow a run for their money in the trailer for Netflix’s Thunder Force. The comedy marks the latest project from McCarthy and husband writer-director Ben Falcone, who were also behind HBO Max’s Superintelligence.

Set in takes place in a world terrorized by super-villains, the Thunder Force teaser kicks off with McCarthy’s Lydia attempting to meet with estranged best-friend and scientist Emily Stanton (Spencer). Emily reveals to her childhood friend that she has developed and perfected a formula that grants normal people superhuman abilities. Despite Emily’s warning to keep her hands off any lab equipment, Lydia finds herself injected with the superhero genes and newfound powers.

“Everything about you becomes stronger,” Emily tells Lydia, as she tests her super-strength.

With Emily’s strength, Lydia’s invisibility powers and snazzy super suits, the duo sets out to fight crime in the city – with a questionable combat style. The good guys, however, aren’t the only ones with powers. A clan of super-villains – including Jason Bateman’s crab-clawed criminal – led by Bobby Cannavale’s boss terrorizes citizens, jeopardizing the city’s well-being.

“How can we not stop two chicks in their 40s?” Cannavale’s The King says about his opponents.