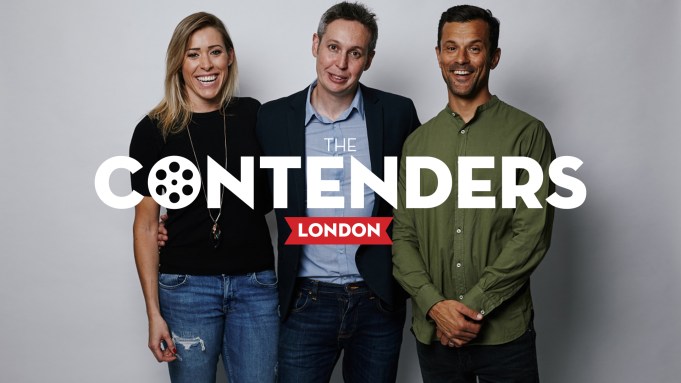 Three Identical Strangers starts off by doing exactly what it says on the tin: reuniting three brothers separated at birth. However, the documentary, from UK producer Raw, soon moves into a darker realm, revealing a much more sinister side to the story.

Director Tim Wardle, who works at Raw — the company has produced films including American Animals and TV series such as Gold Rush — explained why this was the project that persuaded him to get behind the camera. “It works as this amazing human story about these brothers who have been separated and then been reunited but it allows you to ask much bigger questions about nature versus nurture and about how we become who we are and there are very few documentaries that work on those multiple levels,” he said during Deadline’s recent The Contenders London event.

The film was produced in association with CNN Films, which holds U.S. broadcast rights, and Channel 4, and was picked up for a theatrical run by Neon at Sundance.

Exec producer Dimitri Doganis told the crown of industry voters it was a fascinating story. “It’s very rare to come across a documentary story that feels like it fits into a narrative structure so amazingly, it has the different acts and here you have a story that starts as this miraculous piece of news where these people have been separated from each other find each other and embark on this love affair because they are one and then obviously what happens is that they find out there’s more to their separation.”

Read said that huge amounts of research went into the film and it was a challenge to find people willing to discuss the story. “There were a couple of attempts to make this before but they had been buried or put on a shelf for reasons we don’t know,” she said.