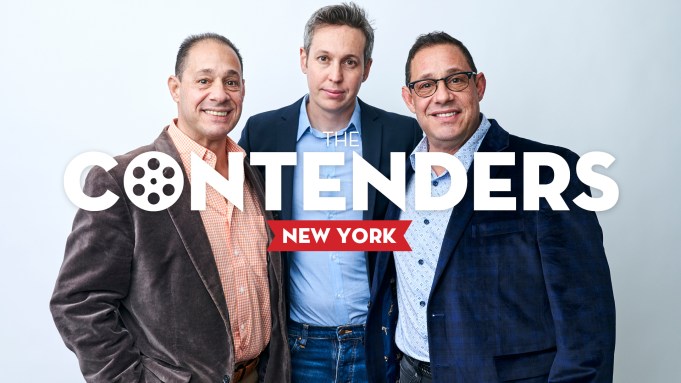 Three Identical Strangers director Tim Wardle knew that in order to gain the trust of his two primary subjects, David Kellman and Robert Shafran, he would have to be patient. He just didn’t know how patient. “I got engaged, married and had one child in the time it took to convince these guys,” Wardle joked during Deadline’s first-ever The Contenders New York award-season event.

The reasons for the wariness by Kellman and Shafran are completely understandable once you comprehend the full scope of their story. The bare facts are these: Two of three biological triplets separated at birth and raised by different sets of parents, the two men found each other 20 years later. Their against-the-odds reunion in suburban New York became first a media phenomenon and then, as it evolved, a much darker and complex tale about, among other things, “nature vs. nurture” in terms of parenting, and how hubris can distort the quest for scientific knowledge.

Before Wardle, other filmmakers had approached the brothers, but they had no interest.

“Trust is everything in documentary,” Wardle said. After being persistent and continuing to maintain that he merely wanted a straightforward record of what happened and would take as much time as necessary, he gradually won over the brothers. They became not only subjects but consultants on the project, which has become a commercial hit for Neon, grossing $12.3 million, and has been moving audiences since its premiere at Sundance in 2018.

“When they did commit and they sat down for interviews, they really went there,” Wardle marveled. “You can have a film with narrative but you have to have emotion.”

Kellman said he initially had “a number of reasons” to hesitate, but his resistance gradually dissipated once he realized how fully committed Wardle and his collaborators were. When the cameras finally rolled, Kellman said he couldn’t imagine the significance of the impact the film would have on audiences. “We really didn’t see past the camera to the audience,” he said. “No disrespect to the audience.” The experience, he added, was “anything but cathartic. But I think the final product speaks for itself.”

Shafran said the death of the third triplet, Eddie Galland — which is dealt with at some length in the film — also informed the surviving brothers’ stance. “When we lost Eddie, a light went out,” he said. “We didn’t want the story to be sensationalized in any way.”

When a rough cut had finally been completed, Wardle screened it separately in the brothers’ homes. “When it was over, we both did the exact same thing,” Shafran recalled. “We got up, hugged him and said., ‘Thank you.’ “