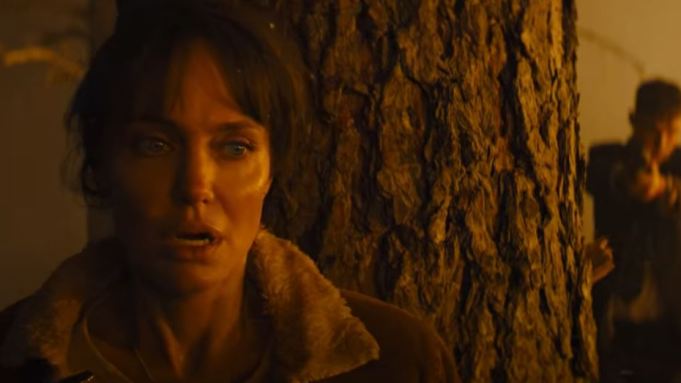 Warner Bros has released the trailer for Those Who Wish Me Dead, the Taylor Sheridan-starring action thriller starring Angelina Jolie. The pic, from New Line and Bron, is warming up for its May 14 premiere in theaters and on HBO Max, part of the group of 2021 titles that Warners and HBO Max parent WarnerMedia will debut day-and-date.

Playing in the Western sandbox Sheridan knows well from past projects like Hell or High Water (which he wrote), Wind River (which he wrote and directed) and his hit Paramount Network series Yellowstone, the film is set in the Montana wilderness. Based on Michael Koryta’s book, Jolie stars as Hannah, a smoke jumper reeling from the loss of three lives she failed to save from a fire. She comes across a traumatized 12-year-old boy with nowhere else to turn, and the two are chased into the woods by some baddies who set a massive forest fire to root them out.

The pic will be available on HBO Max for 31 days from release.