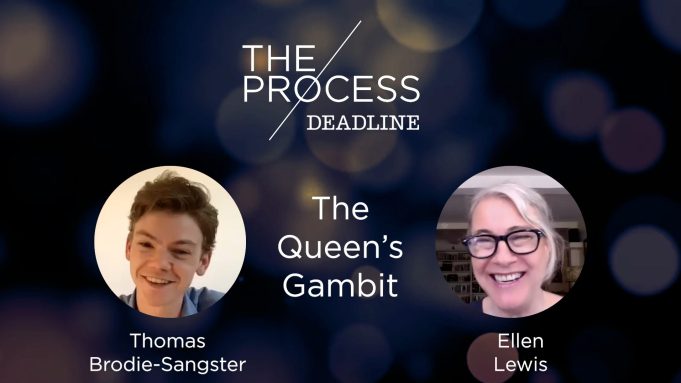 For Ellen Lewis, who cast The Queen’s Gambit, one of the most fascinating parts of any project is the idea of creating a “painting with faces”—and in her work on the Netflix miniseries, her mastery of her craft is on full display.

The coming-of-age drama based on Walter Tevis’s 1983 novel of the same name tells the story of Beth Harmon (Anya Taylor-Joy), an orphaned prodigy, who rises to the top of the chess world, while dealing with drug and alcohol dependency.

Lewis is a two-time Emmy winner who has claimed five Artios Awards from the Casting Society of America, along with their honorary Hoyt Bowers Award and numerous other accolades. Over the last 30-plus years, she’s cast countless classic films for directors including Penny Marshall (A League of Their Own), Martin Brest (Scent of a Woman), Robert Zemeckis (Forrest Gump), Sam Mendes (Revolutionary Road), and Steven Spielberg (Bridge of Spies).

She’s also cast over a dozen Martin Scorsese films (from New York Stories through his upcoming Apple Original Killers of the Flower Moon), and prestige TV series including Boardwalk Empire, Angels in America and The Leftover.

Lewis came to The Queen’s Gambit after working with co-creator, executive producer and writer Scott Frank on his 2017 Netflix Western series, Godless.

Ultimately, she would bring actor Thomas Brodie-Sangster into the ensembles of both Netflix series. In the former, he’d play deputy Whitey Winn. In the latter, he’d portray brash young U.S. chess champion Benny Watts, a role which would bring him his first Emmy nomination.

Brodie-Sangster recently sat down with Lewis for a virtual conversation on the art of casting, as part of Deadline’s video series The Process. In their conversation, Lewis touches on her attraction toward theater as a child growing up in Chicago, breaking into the world of casting under the mentorship of renowned casting director Juliet Taylor, the philosophy she brings to her craft, the film that made her think of Taylor-Joy for The Queen’s Gambit’s lead role, casting Scorsese’s Killers “almost solely on Zoom” and more.

For his part, Brodie-Sangster touches on his coming-of-age story, his audition for a breakthrough role in Love Actually, his first meeting with Lewis during an audition for Ready Player One, the “intoxicating environment of talent” fostered by Scott Frank, his experience playing Sex Pistols manager Malcolm McLaren in Danny Boyle’s upcoming series Pistol, and more.

Check out her entire conversation with Brodie-Sangster above.