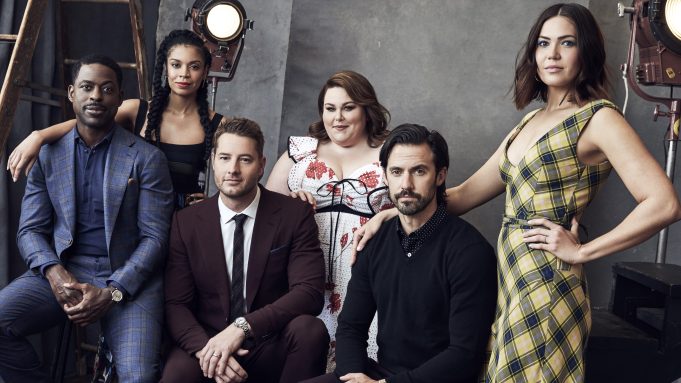 NBC have announced a slew of brand new cast members for This Is Us Season 4—seen in this new promo trailer for the special extended premiere episode entitled “Strangers”.

Among them are two alums of Netflix series When They See Us: Asante Blackk and Marsha Stephanie Blake. We also see The Sixth Sense director M. Night Shyamalan as a new cast addition, along with Bahara Golestani (Animal Kingdom), Timothy Omundson (Psych: The Movie), Julian Silva (Queen of the South), Auden Thornton (Doubt), Nick Wechsler (Shades of Blue) and Omar Epps (House).

The details of their roles are, as yet, unknown, but it appears that Blake may be playing Blackk’s mother—in the clip we see her kiss his cheek—while Epps may be his father, since we see the pair working together as car mechanics.

Epps’ former House cast mate Jennifer Morrison’s major recurring role was already made official in July, and while its significance remains under wraps, the trailer gives us a few more breadcrumbs. We see her in modern-day military uniform seated at a desk with a framed photo of a father who could be Kevin (Justin Hartley), with a young son. And of course, we already know from the Season 3 finale flash forward that Kevin will have a son.

The trailer opens with Rebecca (Mandy Moore) and Jack (Milo Ventimiglia) in a car. Following her first Emmy nomination for this role in July, Moore told Deadline of the Season 4 beginning: “Myself and Milo, we’re picking up where we left off after that fateful road trip out to California. We just arrived back in Pittsburgh and we’re trying to figure out how we move forward with our relationship and meet each other’s respective families.”

In the trailer, a young Rebecca tells Jack: “It’s actually kind of terrifying how a single cross with one person who you’ve never met can change everything.” It’s not clear to whom this foreboding speech refers, but as the clip flicks through the faces of the new cast members, in classic This Is Us style, Rebecca’s musing is likely to be the thread that draw together a series of different stories and timelines.

We see Griffin Dunne, who has previously played the older version of Nicky, while Ron Cephas Jones is also set to resume the role of William, Randall Pearson (Sterling K. Brown)’s ill-fated father—a turn that won Jones his third Emmy nom this year (he won in 2018).

This Is Us Season 4 will premiere on September 24 on NBC.