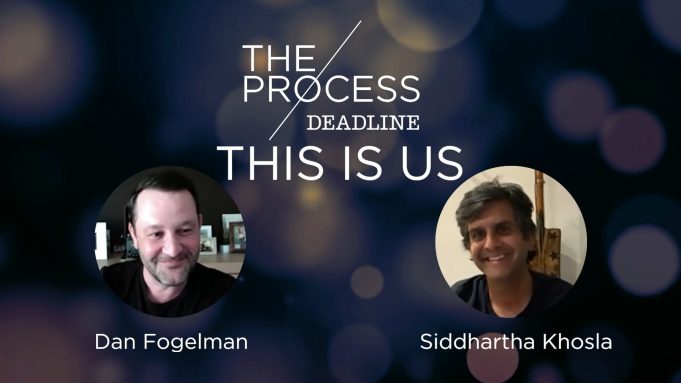 In the initial stages of his work on This Is Us, composer Siddhartha Khosla was as nervous as he was excited.

As Khosla presented early cues, including “Jack’s Theme,” to creator Dan Fogelman, he had a sense that he would like them. “But I was like, ‘This could also be a little weird because this is a very Indian-sounding score,'” he recalls. “I was like, ‘Is this going to be too weird for this big network television show?’”

Of course, in retrospect, Khosla had nothing to worry about. So emotionally potent and unique was his score for NBC’s intergenerational family drama that it became a character in its own right, earning him two Emmy nominations, and numerous other accolades.

Then, there’s “Jack’s Theme,” in particular, which helped establish a sonic identity for the show early on, and has ended up recurring, in some form, in all five seasons that have aired to date.

When Fogelman first heard music Khosla created for This Is Us, he knew he’d hit on something special. “I remember going ‘Oh my God, Sid’s going to get as famous as television composers could get from this,’” he says.

This Is Us was a breakthrough show for Fogelman and Khosla, who had previously collaborated on ABC’s The Neighbors and Grandfathered. But as they explain in their appearance on The Process, they’ve actually known each other since they were 17 years old.

“We went to college together and then, unlike a lot of college friends who wind up in different places, we both, at separate times, moved out here in Los Angeles,” says Fogelman. “So we’ve had a solid two-and-a-half decade run together.”

When Fogelman met Khosla at the University of Pennsylvania, he was struck by the power of his singing voice, immediately recognizing his talent. A particularly revelatory moment for Fogelman was when he was dragged to a performance by Khosla’s college a cappella group, Off the Beat. “I was like, ‘I can’t believe I have to sit through a three-hour a capella music thing.’ It was like I would have rather been tortured,” Fogelman tells Khosla, with a smile. “And then when I went, it was the most incredible thing I ever saw.”

In their wide-ranging conversation on The Process, the This Is Us collaborators share more memories from their college days, later offering a sense of how they both ended up where they are in their careers. They also discuss Khosla’s “unconventional way of working” on the NBC drama, their feelings about seeing the show come to an end and more.

With the sixth and final season of This Is Us on the horizon, Fogelman and Khosla have already reteamed on a new comedy series, Only Murders in the Building, starring Steve Martin, Martin Short and Selena Gomez. That show, which Fogelman is exec producing for Hulu, is set to premiere on August 31.

Check out Fogelman’s conversation with Khosla on The Process above.