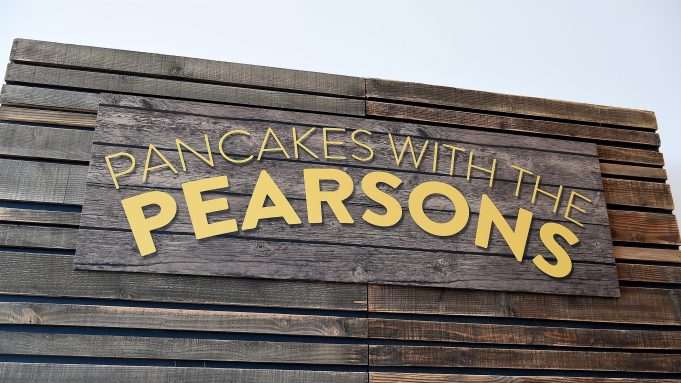 At Saturday morning’s “Pancakes with the Pearsons”—a This Is Us brunch at 1 Hotel West Hollywood—creator Dan Fogelman confirmed that the drama’s fourth season will be packed with fresh faces.

“There’s a lot of secret new cast members who are going to be a big deal, coming up,” he said, promising that an official announcement will be made by the end of the month.

At the tail end of the 90-minute FYC event—framed as a series of “actor-on-actor” Q&As—Fogelman also noted the importance of the first two episodes of Season 4. “In the series, we have what I call little markers, little stakes we put in the ground that serve as grounding points for the whole arc of the whole series, and I would say our first two episodes of this season are two of those,” he explained. “So, it’s a big, bold, potentially polarizing—but in the best possible way—start to the season.”

While actors Justin Hartley and Susan Kelechi Watson hinted at future character developments—to do with fatherhood and dance—the majority of the gathering was a simple lovefest, with actors recalling their favorite moments from Season 3.

In conversation with Mandy Moore, Hartley praised the actress for her ability to reinvent herself as an artist, time and time again. “This show is such a gift for all of us. I think it’s just brought out this completely new dimension to all of us—as humans, as actors,” Moore reflected. “I think it’s like Dan has given us permission to do something that maybe we didn’t even know we were capable of.”

Speaking with Chris Sullivan—who plays her onscreen husband Toby—Chrissy Metz dissected the struggle of portraying Kate Pearson’s complicated pregnancy. “It was dangerous and scary, and all of those things. You want to pay honor to mothers who have gone through something similar. My niece was born with a complication and was in the ICU for nine months, so going back and seeing that, and how real it is, and keeping that in the forefront of your mind for 10 hours a day, is draining,” she said. “It’s really hard and exhausting, but also you’re trying to find the wonder and the magic in between all of that.”

One of the most beloved actors in the This Is Us cast—who portrays America’s favorite patriarch, Jack Pearson—Milo Ventimiglia was also on hand, discussing his approach to playing Jack, from his 20s up until the age of 54. “For me, for Jack, it’s a level of comfort that he has in his own skin. He’s always been someone who’s looked out for his brother. He’s always been someone who’s looked out for his family, but the older he’s gotten, [the more] I look at a man that’s comfortable with his life and where he’s at,” he told Season 3 cast addition Michael Angarano. “A lot of that is kind of mirrored off of my own father.”

A sprawling ensemble drama from NBC centered on a unique set of triplets, This Is Us earned nine Emmy nominations for its third season, and will be back for its fourth on September 24. To take a firsthand look at Sunday’s event and hear from panelists including Sterling K. Brown, Susan Kelechi Watson, Ron Cephas Jones and composer Siddhartha Khosla, click above.