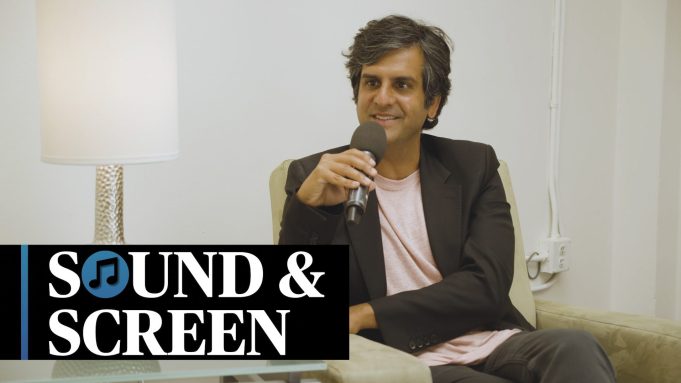 Last week, This Is Us composer Siddhartha Khosla presented selections from his Season 5 score at Deadline’s inaugural Sound & Screen event.

The composer showcase, spotlighting original music written for television, was presented by Deadline, Global Music Rights and Rhapsody PR, taking place at the Newman Scoring Stage on the Fox Lot. It saw Khosla sing and play along on his guitar, as his score was brought to life by a 55-piece orchestra.

From Khosla’s perspective, what was so exciting about the event was that it allowed his music to be experienced in an entirely new way. “This Is Us, the score, is not an orchestral score. It’s me at home, messing around on a bunch of instruments,” the two-time Emmy nominee told Deadline. “It’s anthemic, but in a quiet sort of anthemic way—[and] tonight’s going to be the most anthemic the score’s ever sounded.”

NBC’s intergenerational family drama came to the end of its fifth season in May, and will wrap up with Season 6. For Khosla, it’s bittersweet to think about the show ending, given that he says it’s been “one of the greatest gigs” of his life.

“Both creatively and professionally, it’s just so rewarding in every single way…[It’s] a very rare thing, to be able to serve the vision of a director, showrunner, but also do something that feeds your soul equally,” he said. “Knowing that there’s only one season left is already making me a little bit sad. But…from here on out, every single note that I play on the score, I will think very long and hard before I record it, because I just know how valuable it is.”

In his conversation with Deadline, as part of our Sound & Screen event, Khosla also touched on his score’s evolution over the years, and the way in which it “has widened” cinematically over time.

Khosla was one of four composers whose work was performed at the concert, which aired in its entirety on Friday. Other Emmy contenders participating were Jeff Russo (Fargo, Oslo, Star Trek: Discovery), Ruth Barrett (Law & Order: Organized Crime) and Kris Bowers (Bridgerton). You can view Russo’s segment by clicking here. We’ll be bringing you those of Barrett and Bowers in the coming days.

Check out Khosla’s Sound & Screen showcase, as well as his latest interview with Deadline, above.