Continue to Deadline SKIP AD
You will be redirected back to your article in seconds
Skip to main content
June 14, 2019 10:38am 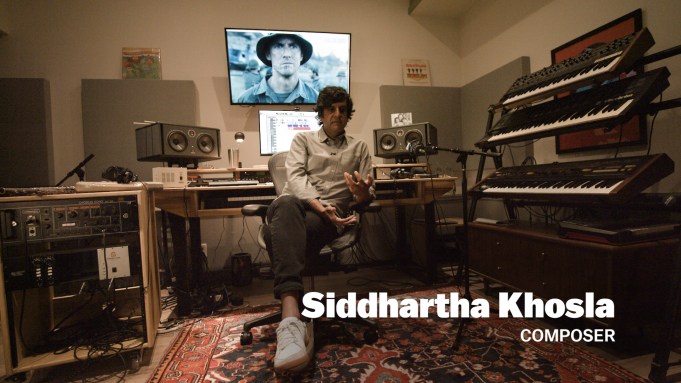 When scoring episodes of NBC’s sweeping drama series This Is Us, composer Siddhartha Khosla gets involved early in the process. Creator Dan Fogelman “knows that music and picture — in this show particularly — that relationship is so important, especially in Season 3, which became this wider, bigger, epic season for the show.”

Khosla has been with This Is Us since its 2016 launch and won BMI TV Music Awards for its first two seasons, with an additional nomination at the Guild of Music Supervisors Awards in 2018.

“I had to find a sound for the show that that was cohesive to all of it and also felt organic and timeless,” Khosla said. “And so for me, that timeless sound came by acoustic guitar. … All the drums you hear in the show, all the percussion is my playing everything with my fingers. I’m playing percussion on a wooden table. Everything is rooted in some organic thing.”

Khosla, whose TV credits also include Marvel’s Runaways and the upcoming Looking for Alaska, also fronts the indie rock band Goldspot, which he founded in 2001. He said Fogelman is familiar with the group and therefore “knows that I can write songs.” A 2018 This Is Us episode features Rebecca penning a tune that she wants to submit to a record label in hopes of becoming the next Joni Mitchell. “So Dan’s like, ‘You have to write a song that sounds like it could have been a Joni Mitchell-esque song,'” Khosla said. “Maybe a Joni Mitchell B-side or something.”