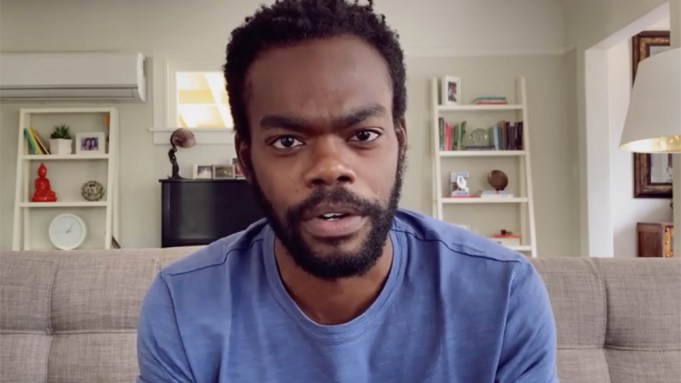 EXCLUSIVE: Dating is a chore and, at times, it sucks. Add a global pandemic and a movement for social justice into the equation and it just makes things even more difficult — and that’s exactly what Adam Brooks’ new series These Days explores. The series is part of art of Sundance’s Indie Series section and debuts on January 28 at 10am MST.

In a new exclusive clip from the series, we get a taste of Mae’s (Marianne Rendón) dating journey while she is self-isolating in her Washington Heights apartment in New York. We see her share virtual drinks with Will (William Jackson Harper) and things get really… honest.

Written and directed by Brooks, the series follows Mae as she navigates the dating terrain during a pandemic. She is still mourning the death of Sam (we won’t find out they are until a later episode), for whom she records a daily video message. Her isolation experience is taking its toll on her. Her best friend Shelby is far away in Idaho, doing volunteer health work and her father isn’t speaking to her. Her only human interaction seems to be listening through a heating vent to the scary and maybe violent arguments of the couple in an upstairs apartment.

In an attempt to find a connection with people, she goes on a virtual dating app. Her first date is a disaster, but when she meets Will, her world begins to change in unexpected ways. Their story is the foundation of the series and has its ups and downs. While dating, their world is shaken his new Covid-19 reality and the exploding protests across the country in support of Black Lives Matter. As a result, their journey will necessarily be one not only of connection, but of transformation.