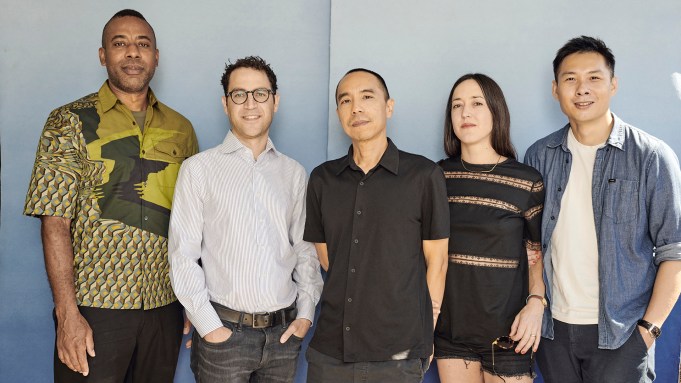 Neon’s The Year Of The Everlasting Storm, one of the company’s first original productions, had its world premiere as a Special Screening at the Cannes Film Festival, and four of the anthology film’s seven directors visited with Deadline at our Cannes Studio.

Anthony Chen, Malik Vitthal, Dominga Sotomayor and Apichatpong Weerasethakul were all in town to tell us about chronicling an unprecedented moment in time through a love letter to the power of cinema and its storytellers.

Producer Jeff Deutchman explained it was “a very individual process… each filmmaker had a very different process… One of the nice things about an anthology is you get to witness the different processes by which artists work.”

Chen, for example, made a film in China from his home in London, directing over Zoom. “It’s so odd, you could literally make a film in your basement… But it felt really good to do that, I had a real existential crisis last year and I was just so glad to be making something.”

Vitthal commented, “It’s like (Chen) was in the room, I don’t know how he pulled it off!”

Weerasethakul was in Thailand and said The Year Of The Everlasting Storm, “was an opportunity to embrace the environment.”

For Sotomayor, Chile had gone from “social uprising to the confinement, so I was also kind of in a personal crisis.” She made a “very small” story with her sister and mother in her mother’s home. “It was beautiful to go back to the most simple thing.”

Other directors on the project were Jafar Panahi, Laura Poitras and David Lowery. Check out more in the video above.