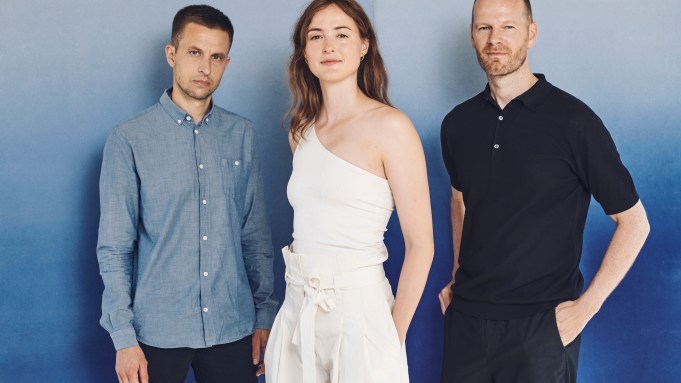 Joachim Trier’s The Worst Person In The World is the closing chapter of the director’s Oslo trilogy after Reprise (2006) and 2011’s Oslo, August 31. In the Cannes Film Festival competition this year, it’s a look at how one’s supposedly best years pass by so quickly you barely realize it. Trier and his stars Renate Reinsve and Anders Danielsen Lie (who has appeared in each of the trilogy’s entries), stopped by Deadline’s Cannes Studio to discuss the thinking behind the film’s title, its themes and how being privileged by an abundance of choice can sometimes postpone life’s major decisions. Check out the video above.

In the film, Reinsve plays Julie, a spirited 30-year-old who has everything going for her. But she’s also experiencing growing disenchantment with a long-time serious boyfriend (Lie). At loose ends, Julie aimlessly wanders around the city on a beautiful summer evening and quietly crashes a wedding party in full progress. Encountering Eivind (Herbert Nordrum), they start flirting in funny intoxicated ways. But the good times begin to wane and with the passing of time and opportunities comes a sense of missed chances and mistakes resulting in a potent melancholy.

Trier told Deadline that The Worst Person In The World was “the best title I could come up with for a love story. It’s about someone who tries to figure out who they are in relation to others… There’s a lot of feeling of failure in this film, it’s a comedic drama, but Julie is about to turn 30 and she doesn’t really know how to figure out what she wants to do with her life. She hasn’t realized a goal she set for herself in her early 20s, so I think the worst person in the world is that that feeling we all have sometimes that we are.”

For Reinsve, “Joachim made a good portrait of the time we are living in… We get so much information from everywhere. The individuality, the ambitions of how we want to live our life, it’s so much things that makes it hard to choose what to do and who to be with. She’s going through a journey there.”

Added Lie, “I’m generally quite happy with the decisions in my life… But still I can very much identify with the themes of the film. You know, I’ve always felt privileged, I was happy to be born and raised in Norway which is one of the best countries in the world to live in and I’ve always had a lot of choices. The problem sometimes to be privileged and have a lot of choices is you can actually postpone a lot of life’s major decisions…But at a certain point, time is running away and all the choices that you once had, all of a sudden they’re not there anymore.”

See more of our discussion in the video above.