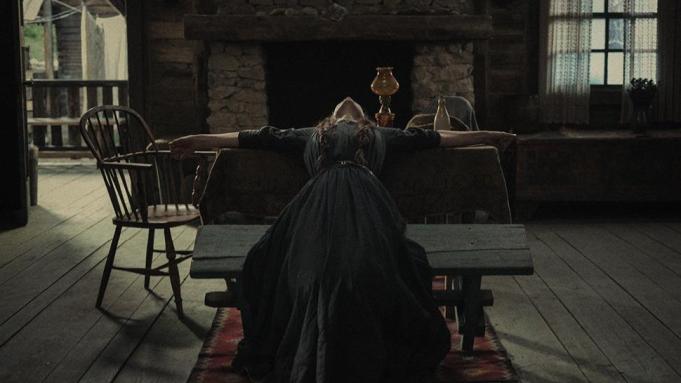 EXCLUSIVE: Mona Fastvold’s The World To Come debuts in competition at the Venice Film Festival on Sunday, and we’ve got a first-look clip (check it out above). The film, one of the more anticipated titles in Venice, is a frontier romance starring Katherine Waterston and Vanessa Kirby, the latter is doing double duty on the Lido this week. The pair plays two women who find a deep and life-affirming connection against a backdrop of changing seasons and isolating terrain.

Framed by the four seasons, The World To Come centers on Abigail (Waterston), a farmer’s wife, and her new neighbor Tallie (Kirby) find themselves powerfully, irrevocably drawn to each other. As grieving Abigail tends to the needs of her taciturn husband Dyer (Casey Affleck) and Tallie bristles at the jealous control of her husband Finney (Christopher Abbot), both women are illuminated and liberated by their intense bond, filling a void in their lives they never knew existed.

In the clip above, Waterston and Kirby are out for a stroll, as the former marvels at the “courage and resourcefulness” of women who forged their way into the wilderness.

Fastvold’s credits include The Sleepwalker, while she also co-wrote Brady Corbet’s Childhood Of A Leader and recent Venice entry Vox Lux. The World To Come is written by Jim Shepard and Ron Hansen (The Assassination Of Jesse James By The Coward Robert Ford).