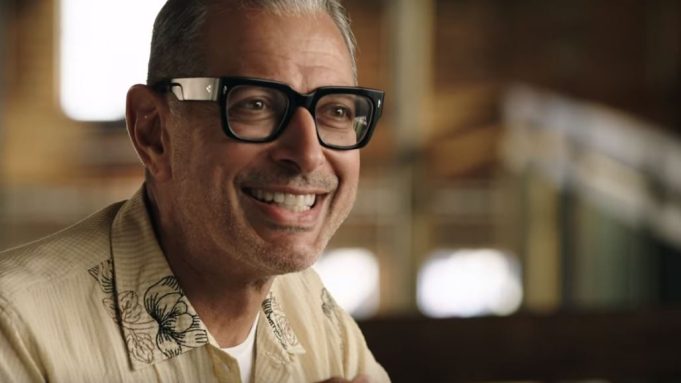 Jeff Goldblum, who stars in and hosts The World According to Jeff Goldblum from National Geographic, gave fans a peek inside the series, including a new trailer for the show, today at the D23 exhibition. Through Goldblum’s always inquisitive and highly entertaining mind, nothing is as it seems in this new 12-episode series, which will bow on the Disney+ streaming network.

The documentary series “taps into curiosity seeker Goldblum as he embarks on a journey across the globe to uncover the extraordinary stories behind the world’s most ‘ordinary’ things,” according to Nat Geo.

“National Geographic,” says Goldblum, “has a knack for developing smart, immersive narratives that expand our understanding of the world around us in creative and entertaining ways. Curiosity is a fundamental human trait.”

The Jurassic Park actor adds that the new series “puts me in the driver’s seat, guiding viewers on a mind-blowing adventure where we break down the unexpectedly complex science behind seemingly basic things.”

Each 30-minute episode will follow Goldblum as he investigates ordinary things like ice cream, baseball, balloons, coffee, subways, cereal and toilet paper, examining how such things are made, how they impact our lives and various surprising connections, turns and revelations associated with the items.

The series is produced by National Geographic Studios. Brian Lovett is executive producer.

The trailer was one of several released during Day 1 of Disney’s biennial D23 Expo in Anaheim, which focused on the upcoming streaming service. Here are links to some of the others:

‘Encore!’ Trailer: Bringing Back The High School Musical You So Fondly Remember