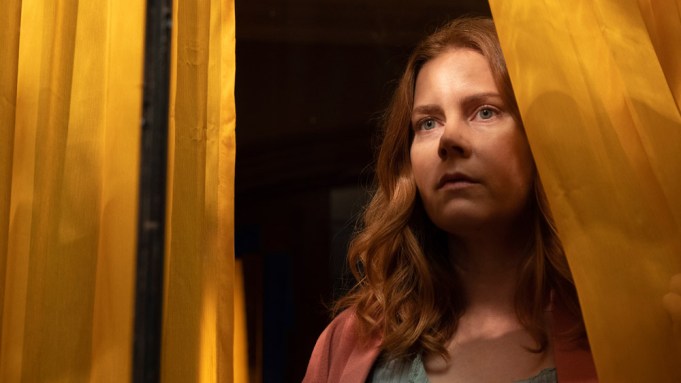 “I’m agoraphobic — I can’t go outside,” we hear Anna Fox say. “I’m been slipping — getting into a real dark frame of mind.”

Here’s the new trailer for Netflix’s The Woman in the Window, starring Amy Adams as said shut-in who feels safest when she’s watching the world from behind her window. Things seem to be on the upswing as she becomes friends with a neighbor, Jane (Julianne Moore). Or does she? Then one night, Anna hears noises from across the street and witnesses something unimaginable happen to Jane. Or does she?

A 911 call later, Detective Little (Brian Tyree Henry) arrives and delivers surprising news: The woman Anna thought was Jane apparently is not, as she and we are introduced to the “real” Jane (Jennifer Jason Leigh).

The cop’s theory: “The doctor said that your meds can cause hallucinations.”

Anna’s conclusion: “I’m not crazy. I know what I saw. … They’re all hiding something.”

The Woman in the Window starts streaming May 14 on Netflix. Check out the clip above and new key art below.