Continue to Deadline SKIP AD
You will be redirected back to your article in seconds
Skip to main content
September 23, 2020 2:02pm 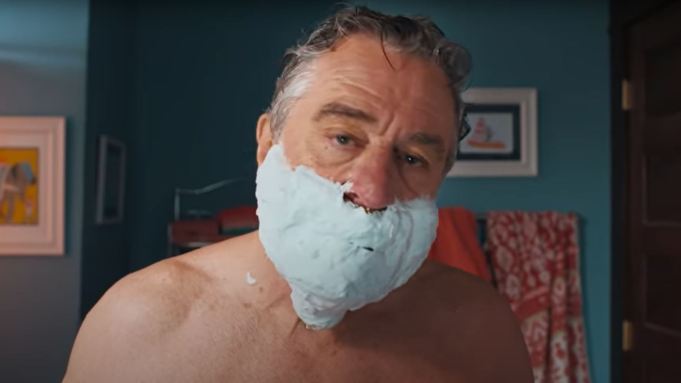 “This will never be spoken of,” says the naked grandpa whose protective towel just fell to the floor. “No idea what you’re talking about,” replies his adult son-in-law who witnessed the carnage.

Here are a couple of clips from The War with Grandpa, starring Robert De Niro as a man with no plan who moves in with his family. Check out the hardened-shaving-cream bathroom scene above and another below.

Your logline for the PG-rated family comedy from 101 Studios: Sixth-grader Peter (Oakes Fegley) is pretty much your average kid. But when his recently widowed grandfather Ed (De Niro) moves in with Peter’s family, the boy is forced to give up his most prized possession of all: his bedroom. Unwilling to let such an injustice stand, Peter devises a series of increasingly elaborate pranks to drive out the interloper, but Grandpa Ed won’t go without a fight.

In the clip below, young Peter is in the process of being evicted from his room. When his father says, “C’mon, buddy, don’t make this harder than it it — it’s the only choice,” the kid fires back with logic before being banished to the attic. “Dad, if it’s the only choice, then it isn’t a choice at all.”

The War with Grandpa will be waged in theaters starting October 9.