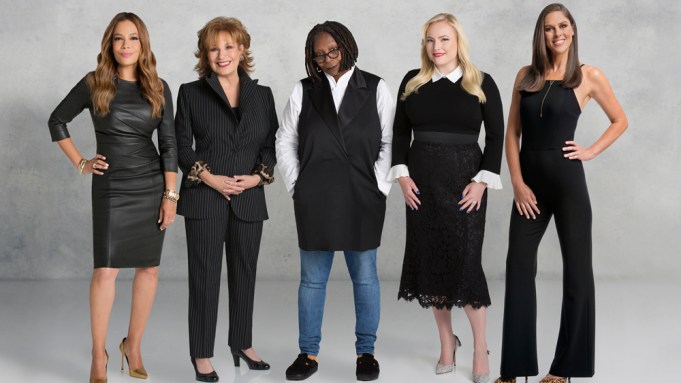 “It was a pleasure to be done by a woman for a change,” Behar said.

“Going from several years ago when talked about the fact that SNL had no women, that all of us were being done by men, they have made a shift,” Goldberg said. “And looking at that lineup of women on there I was like, ‘Oh, it’s very nice to finally see a woman.'”

“I never thought I would enjoy being mocked so much,” Huntsman added.

“It is a pop culture honor to be parodied by them,” McCain said. “You nailed me,” she added about Aidy Bryant’s impersonation of her.

“They got it right in that we are all so incredibly different,” Huntsman added. “I get why they make fun of us because it’s a difficult job and they had fun with it.”

“Keep in mind that we’re used to this,” added Goldberg. “This is what being on the show is about, and sometimes it’s clever and sometimes it’s funny, and we get hit every day all day long by people. OK? So just know your mean memes or your funny memes, your memes are your memes, but the show goes on… Think if the shows that haven’t. A lot of shows tried to do what was created by Barbra Walters. A lot of folks have tried to do it and have not been able to

Behar, McCain and Huntsman tweeted shortly after the show aired, seemingly taking it all in stride.

You can watch their reactions today in the clip above, and the April 14 skit, which included host Emma Stone as special guest Jenny McCarthy, below.