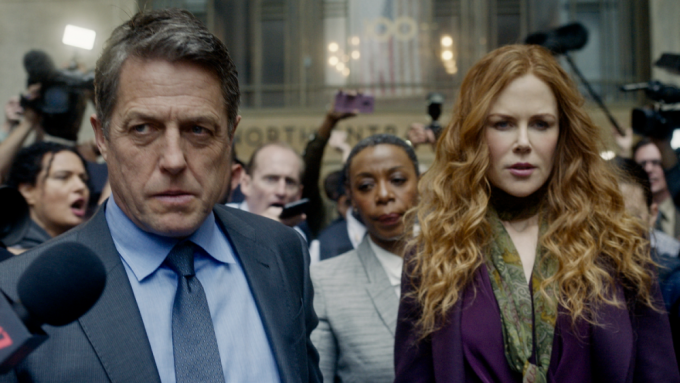 There aren’t many words spoken in the new teaser trailer for HBO’s upcoming limited series The Undoing, but when Noma Dumezweni’s character says “This is what rich entitled do when threatened…they conceal ugly truths to protect themselves…and they think they can get away with it”, it pretty much sums up what we can expect from the series — and it pretty much reflects a lot of what we have seen in the news.

From Emmy, Academy Award and Golden Globe-winning Susanne Bier (The Night Manager) and Emmy-winning David E. Kelley (Big Little Lies), The Undoing is set to debut on October 25 on HBO. Based on Jean Hanff Korelitz’s book You Should Have Known, the story centers on successful therapist Grace Sachs (Nicole Kidman), who is living with her devoted husband (Hugh Grant) and young son (Noah Jupe) who attends an elite private school in New York City. Overnight a chasm opens in her life: a violent death, a missing husband, and, in the place of a man Grace thought she knew, only a chain of terrible revelations. Left behind in the wake of a spreading and very public disaster, and horrified by the ways in which she has failed to heed her own advice, Grace must dismantle one life and create another for her child and herself.

The cast is pretty stacked with Dumezweni appearing alongs Donald Sutherland, Edgar Ramirez, Ismael Cruz Cordova, Matilda De Angelis as Elena Alves, Lily Rabe, and Sofie Gråbøl also star. The series is created and written for television by Kelley who also serves as showrunner while Bier will direct. The two will serve as executive producers alongside Kidman and Per Saari through Blossom Films, Bruna Papandrea through Made Up Stories, Stephen Garrett and Celia Costas.

Watch the haunting trailer above.