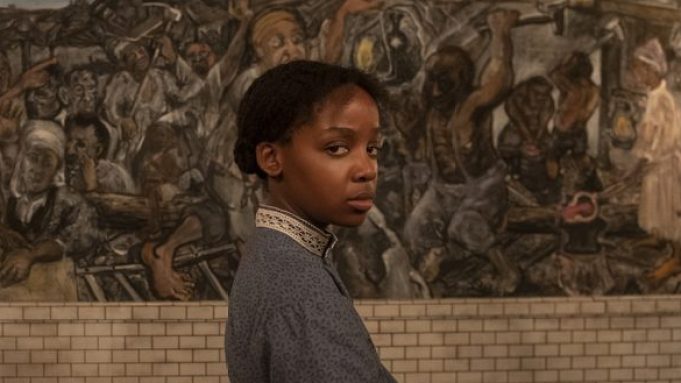 On Thursday, Amazon Prime Video debuted the official trailer for Oscar winner Barry Jenkins’ highly anticipated limited series, The Underground Railroad.
Amazon will premiere all 10 episodes of its original series on May 14, exclusively on Prime Video, in more than 240 countries and territories around the world.
Based on the Pulitzer Prize-winning novel by Colson Whitehead, The Underground Railroad chronicles Cora Randall’s (newcomer Thuso Mbedu) desperate bid for freedom in the antebellum South. After she escapes a Georgia plantation in pursuit of the rumored Underground Railroad, Cora discovers no mere metaphor, but an actual railroad full of engineers and conductors, and a secret network of tracks and tunnels beneath the Southern soil.
Throughout her journey, Cora is pursued by bounty hunter Ridgeway (Joel Edgerton), who will stop at nothing to bring her back to the plantation she escaped, especially given the fact that her mother Mabel (Sheila Atim) is the only slave he has never caught. While traveling from state to state, she contends with the legacy of the mother that left her behind and her personal struggles to realize a life she never believed possible.
The limited series also stars Chase W. Dillon, with Aaron Pierre, William Jackson Harper, Amber Gray, Peter De Jersey, Chukwudi Iwuji, Damon Herriman, Lily Rabe, Irone Singleton, Mychal-Bella Bowman, Marcus “MJ” Gladney, Jr., Will Poulter and Peter Mullan rounding out the cast.
While serving as showrunner, Moonlight helmer Jenkins directs all 10 episodes. He executive produces the show, alongside Adele Romanski, Mark Ceryak, Dede Gardner, Jeremy Kleiner, Brad Pitt, Richard Heus, Jacqueline Hoyt and Colson Whitehead.
The Underground Railroad is a production of Plan B, Pastel and Big Indie, in association with Amazon Studios.
Check out the trailer for the series above.