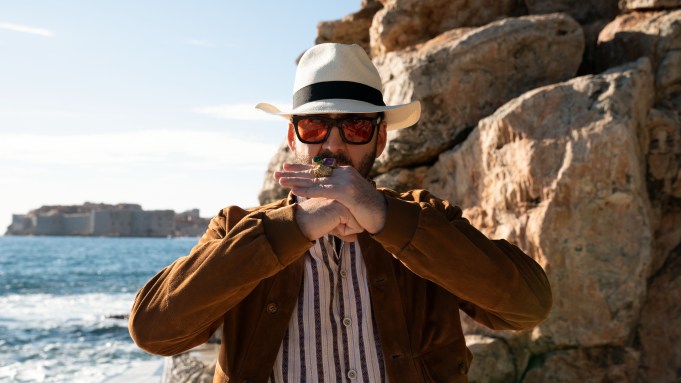 Lionsgate on Tuesday released the teaser trailer for The Unbearable Weight Of Massive Talent, the meta movie starring Nicolas Cage as Nicolas Cage. The pic is gearing up for its April 22, 2022 launch in theaters.

In the action comedy, directed by Tom Gormican from a script by Gormican & Kevin Etten, Cage plays Cage. Facing financial ruin, the fictionalized version of the Oscar-winning actor must accept a $1 million offer to travel to Spain to attend the birthday of a dangerous superfan (Pedro Pascal). Cage ends up being recruited by a CIA operative (Tiffany Haddish) and forced to live up to his own legend, channeling his iconic on-screen characters in order to save himself and his loved ones.

The trailer shows off Cage’s willingness to take a swipe at himself. At one point, standing in front of a statue of himself at the home of Pascal’s Javi. “Is this supposed to me be? It’s grotesque,” Cage says in a gravelly voice. After a beat, he adds, “I’ll give you $20,000 for it.”

The movie is a a Saturn Films and Burr! Productions production. Mike Nilon, Kristin Burr and Kevin Turen also produce.

Check out the red-band trailer above.