Continue to Deadline SKIP AD
You will be redirected back to your article in seconds
Skip to main content
July 8, 2020 7:00am 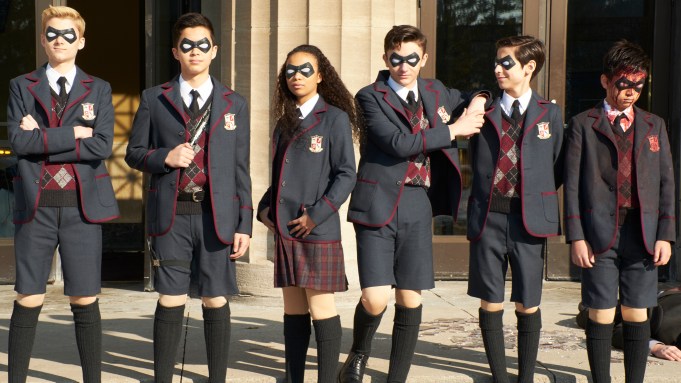 The Hargreeves siblings are back in the Umbrella Academy season 2 trailer, released on Wednesday. The first season of The Umbrella Academy was ranked third on the list of Netflix’s most popular series releases of 2019. The show’s 10-episode second season premieres on July 31.

Five warned his family that using his powers to escape from Vanya’s 2019 apocalypse would be risky. He was right – the time jump.

Season 2 sees the siblings scattered in time around Dallas, starting in the year 1960. Some, having been stuck in the past for years, have built lives and moved on, certain they’re the only ones who survived. Five is the last to land. He appears smack dab in the middle of a nuclear doomsday. Now the Umbrella Academy must find a way to reunite, figure out what caused the doomsday, put a stop to it and return to the present timeline to stop that other apocalypse. All the while, they are hunted by a trio of ruthless Swedish assassins.

The Umbrella Academy is based on the comic book series created and written by Gerard Way, illustrated by Gabriel Bá, and published by Dark Horse Comics. The show is produced by UCP, a division of Universal Studio Group, for Netflix, with Steve Blackman serving as executive producer and showrunner. Additional EPs include Jeff F. King, Mike Richardson, Keith Goldberg, Gerard Way and Gabriel Bá.