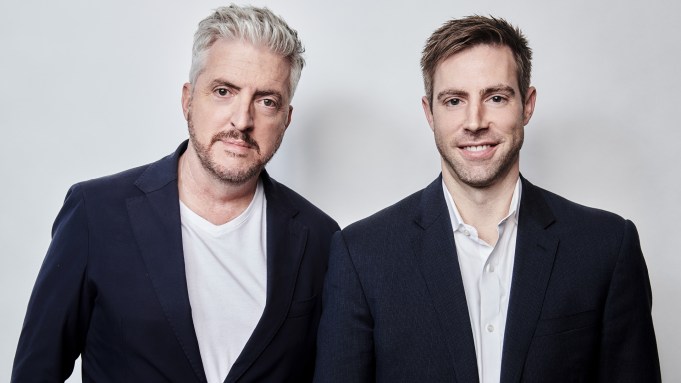 “We have two living Popes for the first time in 500 years, and they don’t agree on anything and both are meant to be infallible, and I thought, that’s an interesting kind of situation,” said screenwriter Anthony McCarten of the inspiration behind The Two Popes, a behind-the-scenes imagined drama about the now resigned Benedict XVI and the reigning Francis.

“It is an attempt, I think, to find compromise between these two men with two very different world visions that is at the heart of the film,” the multiple Oscar nominee said of the Netflix movie starring Anthony Hopkins and Jonathan Pryce.  McCarten joined me onstage with Two Popes producer Jonathan Eirich last month for Deadline’s The Contenders Los Angeles all-day event.

Out in limited release late last month and launching December 20 on Netflix, the Fernando Meirelles-directed film depicts the desire of the conservative Benedict (Hopkins) to plan for the future as his health and the fortunes of a scandalized Catholic church are both in decline.

Already seen as a possible contender for the papacy after a strong showing at the 2005 papal conclave, the Pryce-played relatively more progressive Cardinal Bergoglio is summoned to the Vatican in 2012 by Benedict. Weary of where the church has found itself in the modern world and the refusal of many in power to confront horrors like the ongoing sexual abuse scandal, Argentine Bergoglio’s intention is to resign – which is not what Benedict has in mind, to put it divinely.

“I think that’s the thing that is so brilliant about Anthony’s script, which is that it really humanizes these characters,” Eirich said of this fictional focus on two very public and politically diverse men of the cloth.

With two actors such as Oscar winner Hopkins and Game of Thrones alum Pryce, there is a lot of human soul in The Two Popes indeed.

Click on the video above to see my conversation with McCarten and Eirich.