Twitter Shares Soar On Report Elon Musk Agrees To Move Ahead With Acquisition
Read the full story
October 28, 2019 8:08am 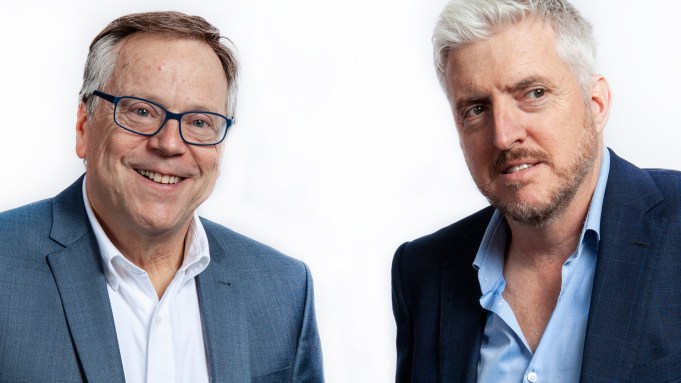 While another Netflix release, The Irishman, has been dominating the awards conversation, Fernando Meirelles’ The Two Popes — another story drawn from real life — has enjoyed a healthy life on the festival circuit after making its debut at Telluride. Starring Jonathan Pryce and Anthony Hopkins, the film eavesdrops on Pope Benedict (Hopkins) and the future Pope Francis (Pryce) as they try to find common ground in order to forge a new path for the Catholic Church.

Meirelles and screenwriter Anthony McCarten, a double Oscar nominee for The Theory of Everything and Darkest Hour, took to the stage recently at Deadline’s The Contenders London
to discuss the project, telling the sold-out crowd at the Ham Yard hotel it came about almost by
accident.

Said McCarten, “I was in Rome, and my cousin had passed away. My sister texted me and said, if was near a chapel, ‘Go and light a candle for her.’ Finding a chapel in Rome is not particularly challenging, so I went straight to St. Peter’s Square, and, as fate should have it — or as God should so determine — there was Pope Francis, doing an open-air mass. He was on the super-screen, and I asked my wife, who’s a bit of an expert in this type of matters, ‘So, there’s one Pope, and we have a second one right now — where’s he?’ She said, ‘He’s sequestered in a convent behind the Vatican.’ I said, ‘When was the last time we had two popes?’ We Googled it, and this film is the result of that Google search.”

For Meirelles, the attraction was the chance to tell a story about making personal connections and finding common interests in this divided world. “I’m a big fan of Pope Francis,” Meirelles said. “I think he’s one of the main important voices in the world today, where everybody is building walls. We don’t talk to the other anymore; we hate the other, and Pope Francis is the guy who’s really trying to build bridges. The film is about tolerance — about these two guys who have really opposite views of the world and the church. They find connections, they build bridges and it creates a relationship.”

Find out more by checking out the video above.