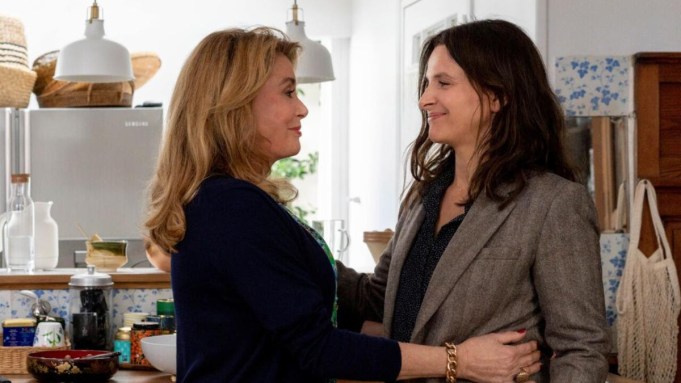 In the film, Deneuve stars as a legendary star of French cinema (not too far from the truth) who is loved and adored by men. When she publishes her memoirs, her daughter Lumir (Binoche) returns from New York to Paris with her husband (Ethan Hawke) and young daughter in tow. The reunion between mother and daughter quickly turns to confrontation as long-brewing familial tensions come to a head and long-denied truths are told.

Written and helmed by Kore-eda, The Truth is produced by Muriel Merlin. Co-producers are Miyuki Fukuma and Matilde Incerti. The film is a co-prduction by 3B productions Bunbuku & M.i Movies, France 3 cinéma, with participation of France Télévisions, Canal+, Ciné+, Le Pacte, Wild Bunch, Gaga Corporation.