Continue to Deadline SKIP AD
You will be redirected back to your article in seconds
Skip to main content
September 4, 2020 5:12am
43Comments 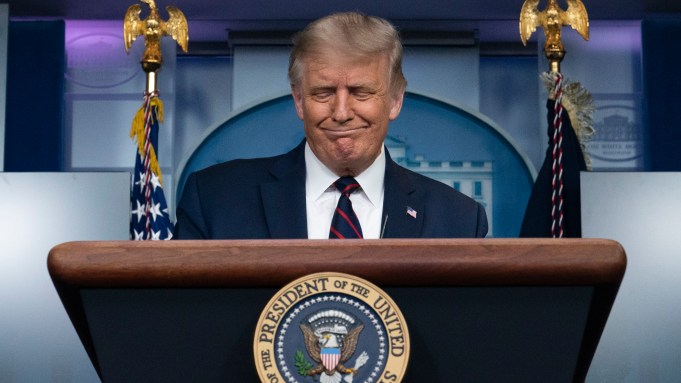 The Trump I Know is different from many of the documentaries and shorts flooding the marketplace before the 2020 presidential election: It’s a positive portrait of the president.

The movie, which will get digital distribution October 1, centers on the women in leadership roles who work in the White House or on the Trump campaign, including the president’s daughter-in-law, Lara Trump, as well as Kellyanne Conway, who recently departed her job as White House counselor, and press secretary Kayleigh McEnany.

The approach is similar to one of the segments during last week’s Republican National Convention, which spotlighted Conway, McEnany and others who spoke of the way that Trump had put women in key positions during his career. Trump has lagged Joe Biden among women in national polls.

Joe Knopp, executive producer of The Trump I Know along with Daryl Lefever, said that the project got its start after he met Lara Trump while making Unplanned, the anti-abortion feature that grossed about $21 million at the worldwide box office. Knopp said that he was particularly fascinated with Lara Trump’s story of how she had been a culinary institute student from North Carolina when she met Eric Trump and eventually they married. “Her entry into the Trump family really fascinated me,” he said. She went on to work for Inside Edition and is now the face of the Trump campaign’s regular webcasts.

Knopp also worked on the Republican convention segment. Other women featured in The Trump I Know include Mercedes Schlapp, Kimberly Guilfoyle and Brooke Rollins. Matthew Thayer directed the movie.

The project shot at the White House, the Trump campaign offices and a Women for Trump bus tour. Knopp said it does not address allegations of sexual misconduct that have been made against Trump, claims that the president denies.