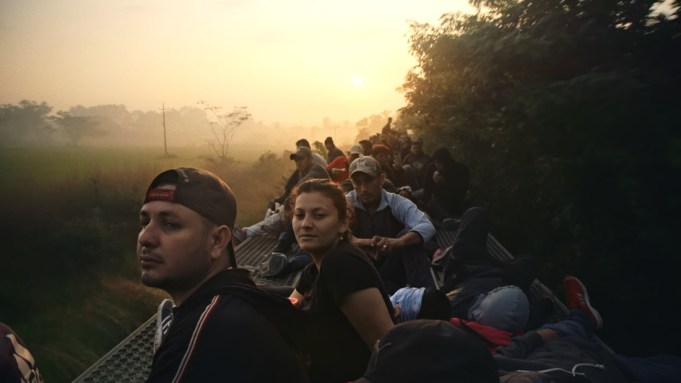 EXCLUSIVE: Here’s first footage from season two of The Trade, the doc series from the Oscar-nominated A Private War, City Of Ghosts and Cartel Land filmmaker Matthew Heineman and Showtime.

The vérité-style, character-driven docu-series focuses on the illicit trades of human smuggling and trafficking. It tracks the cycle of Central American migrants coming to the United States and being deported back to their home countries, focusing on the shadow industries that surround them at every step of the journey. By documenting smugglers who prey on the migrant’s vulnerability, traffickers who exploit their illegal status to abuse them, and law enforcement who try to catch them at the border, the show looks to take audiences inside the underbelly of the migrant world.

The series screens in Sundance on Tuesday (January 28) and will broadcast on Showtime March 6.

Season one of The Trade, also made by Heineman for Showtime, chronicled the vicious cycle of heroin addiction and the collateral damage it inflicts on people around the world.

“With the second season of The Trade, I wanted to shift my focus towards a different illicit industry: human smuggling and trafficking. Hundreds of thousands of people each year flee gang violence and poverty in Central America, risking their lives in pursuit of the American dream. I hope the show humanizes their journey to the US while also shedding light on the cartels, smugglers, and traffickers preying on their vulnerability every step of the way,” Matthew Heineman told us.