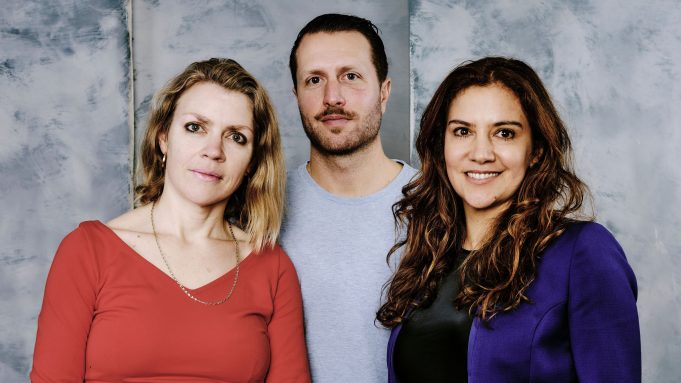 With the second season of his Showtime docuseries The Trade, director Matthew Heineman opted for a dramatic change of focus, in pursuit of a set of new stories he felt were important to tell.

“The first season of The Trade focused on heroin—on addicts, on law enforcement fighting it, cartel members transporting it and making it,” Heineman told Deadline recently, “and we wanted to apply that same multiple-prism look at human trafficking and human smuggling.”

Sitting down at Deadline’s Sundance Studio with Heineman were executive producer and showrunner Pagan Harleman, and producer Mónica Villamizar, who shed light on the challenges of tackling Season 2.

When thinking early on about their approach to the new season, Heineman and his EP had certain specific ideas of stories and subjects they wanted to pursue. “For instance, a female smuggler: We’d read an article about one. You have ideas because you’ve done research, but you don’t know what the field is like,” Harleman explained. “So then, we sent three different producers out in the field.”

It was only through many months of trial and error, out in the field, that Heineman’s producers were able to bring Season 2 to fruition. “Matt’s brand is access, and access is all about time spent,” Harleman added. “So, we just really put the producers in the field, and spent a lot of time finding those stories.”

For Villamizar, it’s hard to put into words just how difficult the shoot was, both physically and emotionally. “We essentially became migrants. We were with migrants the whole time. We were on top of trains with them; huddled up with them at night, because it was so cold; with smugglers, being smuggled with them, to be able to document what they go through,” the producer shared. “I think when they see someone live in their shoes, and really spend the time, they start opening up and trusting you.”

To hear more from the team behind The Trade—which returns for its Second Season on March 6th—click on the video above.