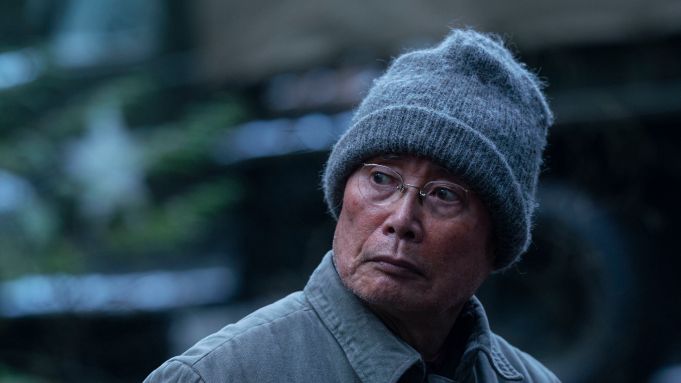 The just-arrived Season 2 trailer for AMC’s The Terror: Infamy begins with the sound of history: FDR’s speech to Congress the morning after the Dec. 7, 1941, bombing of Pearl Harbor left America stunned and standing on the precipice of global conflict. FDR’s oft-quoted line about a “date that will live in infamy” rallied America for distant battlefields but The Terror: Infamy keep its focus on the home-front where not every camouflaged threat is a military one.

The eerie AMC anthology series The Terror spent Season 1 on the frigid decks of a Victorian Era sailing ship following a doomed course. The Season 2 premiere on Aug. 12 begins the 10-part tale of The Terror: Infamy, which centers on a malevolent, shape-shifting force that is locked up with prisoners in a Japanese internment camp.

The series stars Derek Mio; Kiki Sukezane (Lost in Space), Cristina Rodlo (Miss Bala),  Shingo Usami (Unbroken), Naoko Mori (Everest), Miki Ishikawa (9-1-1), and George Takei (Star Trek). Takei, who as a child spent three years in an internment camp, was initially hired as a consultant to the production but his contribution was expanded to the screen portrayal of Yamato-san, a community elder and former fishing captain.