Continue to Deadline SKIP AD
You will be redirected back to your article in seconds
Skip to main content
September 17, 2021 2:03pm 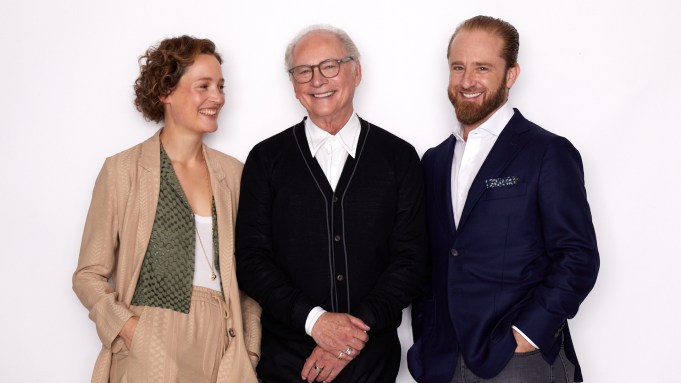 Harry Haft was a boxer, who rose to fight such legends as Rocky Marciano post World War II, here in the states.

But outside of the ring, he lived with the torment of his life in a concentration camp, yearning and hoping to find the woman he once loved, who disappeared from him during wartime. Vicky Krieps of Paul Thomas Anderson’s The Phantom Thread plays the new love who Haft ultimately finds.

Producer Matti Leshem, who was the driving force behind the project, knew Levinson was the one to tell Haft’s tale. Levinson grew up with his Uncle Simcha, who like Haft, who was haunted by extreme guilt and bad dreams from the Holocaust. With Survivor, Levinson was interested in telling the story about someone with war and concentration camp experiences, who can’t just leave it behind and continue on with their life.

Survivor was also a personal draw for Foster as well. While Foster previously worked with Levinson as a teenager on Liberty Heights, the actor’s grandmother escaped the pogroms as a child from the Ukraine and arrived in Ellis Island in the 1920s. The woman smuggled her baby brother in a picnic basket; and if they had gotten caught they would have been turned away, which would have meant a death sentence. For Foster, he sees his young kids as the result of his grandparent’s courage to escape war.

The Survivor, which premiered at TIFF this past week, is up for sale handled by Bron Studios and Endeavor Content. The pic is currently 82% fresh on Rotten Tomatoes.

Check out our TIFF studio interview above.