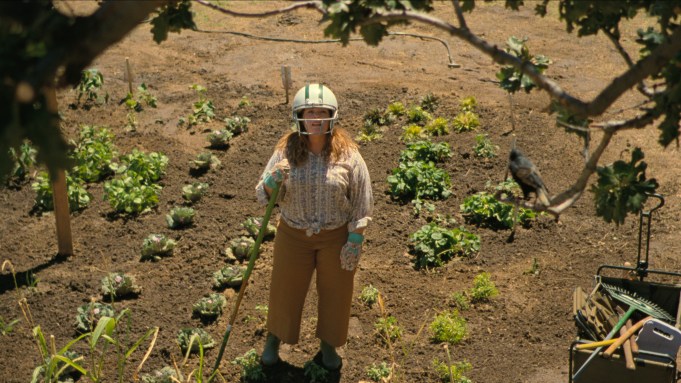 Netflix has released the trailer for The Starling, the Ted Melfi-directed drama starring Melissa McCarthy, Chris O’Dowd and Kevin Kline. This is the pic the streamer aggressively acquired in a heated auction for a reported $20 million in April 2020, taking world rights based on a script and a four-minute sizzle reel.

The movie will have its world premiere at next month’s Toronto Film Festival ahead of a September 17 theatrical release. It will then hit Netflix on September 24.

The Matt Harris-scripted drama finds McCarthy and O’Dowd as a married couple trying to rebuild their relationship after suffering a tragedy. He heads to recovery, while Lily tries to heal in the real world, including getting attacked by a starling that has built a nest near the garden she’s trying to grow. She turns to a psychiatrist-turned-veterinarian with baggage all his own (Kline) for help.

Dylan Sellers, Chris Parker, Melfi and Quinn are producers of the pic, Melfi’s first feature directing since 2016’s Hidden Figures, which scored three Oscar nominations. The Starling also reps a reunion with the director, McCarthy and O’Dowd who were all in 2014’s St. Vincent, Melfi’s feature debut.

Check out The Starling trailer above.