Continue to Deadline SKIP AD
You will be redirected back to your article in seconds
Skip to main content
September 14, 2021 1:19pm 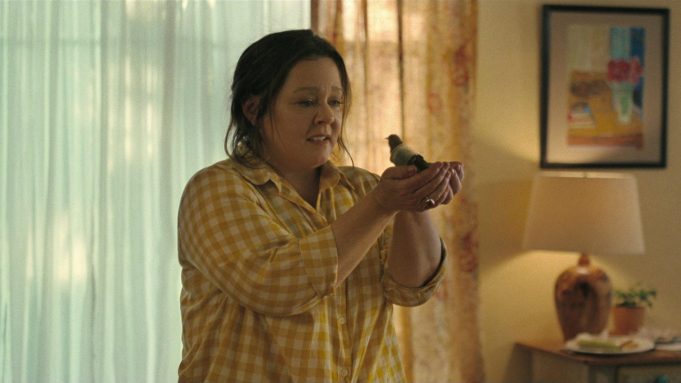 After reading Matt Harris’ script for The Starling, director Ted Melfi couldn’t get it out of his head.

While Melfi always knew he’d aim to make the film “one day,” after encountering it a number of years back, he officially got to work on it around a year and a half ago. On the Netflix project, he’d seize the chance to reteam with actors Melissa McCarthy and Chris O’Dowd, who he’d previously set to star in his 2014 dramedy, St. Vincent.

The Netflix feature centers on Jack (O’Dowd) and Lilly Maynard (McCarthy), a husband and wife that respond to a personal tragedy in very different terms. While Jack checks into a psychiatric facility, Lilly remains in the outside world, butting heads with a territorial bird, and turning to psychologist-turned veterinarian Larry (Kevin Kline) for guidance, as she looks to address her grief.

For McCarthy, who joined Melfi at Deadline’s studio, the first major draw of the project was the filmmaker himself. “He’s such a good storyteller. He’s such a good filmmaker. Without sentiment, he can be funny and heartbreaking and relevant, and it never feels like a teaching moment,” said the two-time Oscar nominee. “It feels like, ‘Here’s what it is. This is the story of these people, and it’s messy, and it’s up and it’s down, and it’s sideways.’ And I think that’s what we all go through.”

From the actress’ perspective, Lilly and Jack’s inward, emotionally challenging, yet ultimately hopeful journeys of “coming back” to each other felt all the more resonant, given the highs, lows and isolation she’d personally experienced, amidst the Covid-19 pandemic. “[The film] was about, you never know what’s going to get you to the other side,” she said, “what’s going to get you out of a bad place.”

Check out our entire conversation with Melfi and McCarthy above.