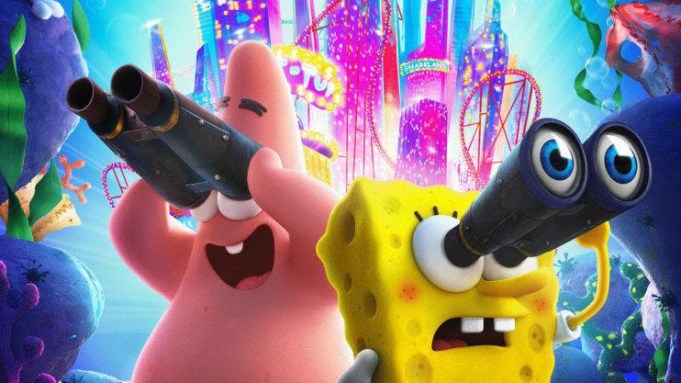 Days after learning how Shaggy met Scooby comes the answer to a similar mystery: Origin stories being something of a rage, check out this trailer for The SpongBob Movie to see how our title hero met pet snail Gary.

Written and directed by Tim Hill, The SpongeBob Movie: Sponge On The Run is set for a Memorial Day Weekend release, marking the first-ever all-CGI SpongeBob feature.

The synopsis: After SpongeBob’s beloved pet snail Gary is snail-napped, he and Patrick embark on an epic adventure to The Lost City of Atlantic City to bring Gary home. As they navigate the delights and dangers on this perilous and hilarious rescue mission, SpongeBob and his pals prove there’s nothing stronger than the power of friendship.

And watch for a quick visit from Keanu Reeves.

Based on the TV series created by Stephen Hillenburg, The SpongeBob Movie is produced by Ryan Harris, with Stephen Hillenburg exec producing. Paramount Animation and Nickelodeon Movies present, in association with MRC A United Plankton Pictures production.

The SpongeBob Movie: Sponge On The Run hits theaters May 22, 2020. Watch the trailer above, and see the new poster for the film below.