'This Is Us': How NBC Drama Wrapped The Pearsons' Story After Six Seasons; Dan Fogelman Breaks Down Series Finale; Stars React To End
Read the full story
March 18, 2021 4:30pm 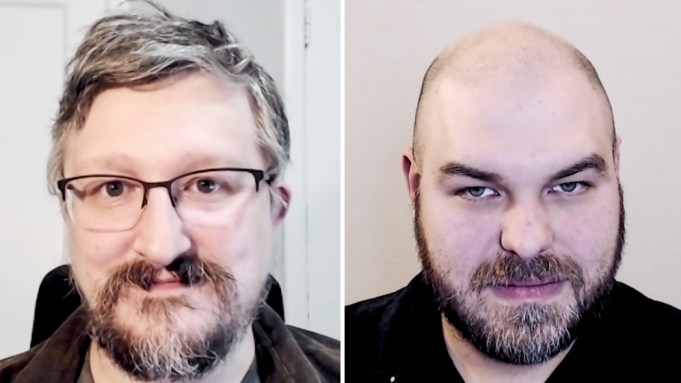 On his debut feature The Spine of Night, Morgan King partnered with director Philip Gelatt, looking to bring a form of animation he loves back into the cultural conversation.

“I always wanted to [explore] the rotoscoping process,” King told Deadline recently. “I grew up with Ralph Bakshi’s films and Heavy Metal, and when I moved into animations, I knew that’s what I wanted to bring back, in a way that we hadn’t seen in a while.”

Featuring the voices of Lucy Lawless, Betty Gabriel and Joe Manganiello, who joined King and Gelatt in conversation at Deadline’s virtual SXSW Studio, The Spine of Night is an ultra-violent fantasy epic, following warriors from various eras and cultures as they team up to battle an evil force.

Fleshing out a world that King first established with Exordium—the 2013 short film that initially caught Gelatt’s attention—the feature was a labor of love, carefully crafted over the course of six years. “I spent a lot of time thinking about every single detail I was drawing…and the history of every single thing you see [in the short],” says King. “So, by the time Phil talked to me about expanding it into a larger narrative, I’d had all these seeds that we could grow the story from.”

For the stars of The Spine of Night, the story at hand was a major draw, as was the distinctive vision for this animated film. “The movie…[is] so retro. It reminds me of being a kid and watching Clutch Cargo and early Hanna-Barbera,” Lawless said. “It had this ugly-beautiful quotient that was really new for me, and…I was just attracted to it as being really nutty, out-there storytelling.”

“I love all things fantasy. I grew up on all things fantasy…and that’s my version of fantasy, Conan the Barbarian and these dark, but epic fantasy stories of life being difficult for the denizens of these worlds. I love that, and I think there isn’t enough of that,” Manganiello added. “I think unfortunately, fantasy has taken its foot off the gas pedal, in a lot of ways, and this, to me, was like the antidote to all of that. Like, the world needed this movie.”

Also starring Patton Oswalt and Richard E. Grant, The Spine of Night premieres at SXSW tonight at 6 p.m. PT. For a deeper dive into the process of making the film, click on the video above.