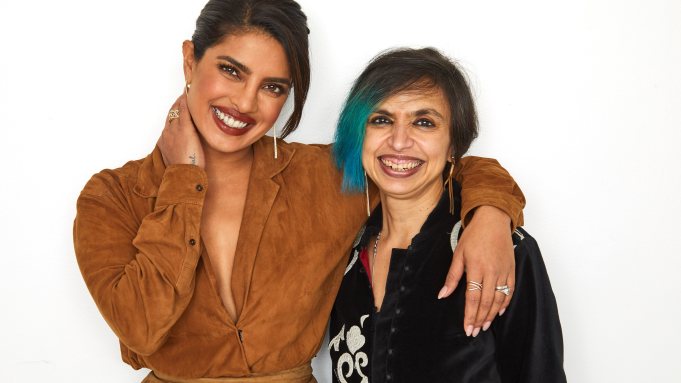 Shonali Bose was first inspired to make The Sky is Pink when she met the parents of the late child activist Aisha Chaudhary. What emerged was a story told from Aisha’s point of view that focused on 25 years of her parents’ marriage.

In the role of Aisha’s mother Aditi, Priyanka Chopra, whose Purple Pebble Pictures also produced the film, said the role was a far-reaching exploration of what it takes to make a relationship work. “I think it’s that relationship of what happens when you first fall in love,” she said at Deadline’s TIFF studio, “to when you get married, and then when you have children, and then if you have a child who’s sick, you become caretakers, and what happens to a relationship, and how you have to nourish a relationship, take care of it when it’s broken, because it will be, what loss and grief does to you.”

And having the story be told from Aisha’s viewpoint brought a special element to the narrative. “The moments of joy, moments of tragedy—all of that together,” she said, “from the perspective of this teenager. I just think the juxtaposition of the movie—telling the story about a dying young girl, but showing the celebration of her life, instead of the mourning of her death—was so clever.

For Bose, though, there was a uniquely personal element in her decision to make this film. “Death is something universal,” she said. “I lost my son, and was able to embrace that pain of that and accept it, and come to peace with it, and actually find almost a beauty and joy in it—I celebrate his death days as much as I celebrate his birthdays, or anybody’s birthdays—I felt that if I could somehow bring that through, that this is not so fearful and scary in some way.”