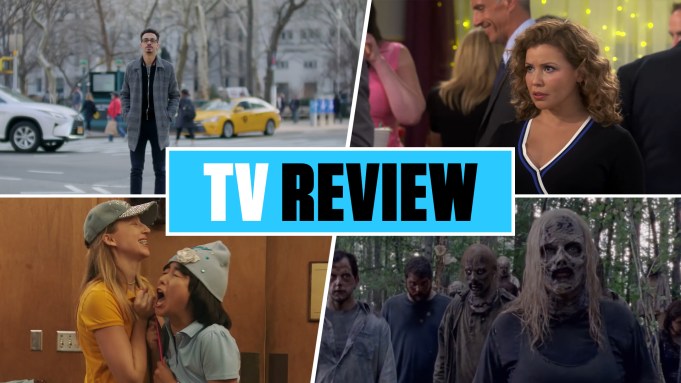 Reviewing TV this week and pinning the badge on the show you have to watch is hard. Especially when the relentlessly ongoing reality series know as Celebrity POTUS had a special, belated, much hyped and well-watched State of the Union episode last night with guest star House Speaker Nancy Pelosi.

However, beyond the cable news frenzy of that showdown, there actually are other things on the small screen this week.

For instance, there’s the February 12-debuting unholy misfire of the Steve Buscemi- and Daniel Radcliffe-led Miracle Workers from TBS and the third season of The Expanse, one of Jeff Bezos’ favorite shows, launching February 8 on its new home on Amazon.

Then there’s the start of Season 3 of Ride With Norman Reedus on February 10, which features more of the same of The Walking Dead star and others from the show and his world having a clear blast on bikes. That same night is the Season 9 midseason return of the reset and recently renewed The Walking Dead.

So, the question is how of those final four will prove the show to watch this week? For that, you’ll have to watch my video review above. Trust me it’s time well spent in the state of our TV union, if you know what I mean?