Continue to Deadline SKIP AD
You will be redirected back to your article in seconds
Skip to main content
November 12, 2019 1:17pm 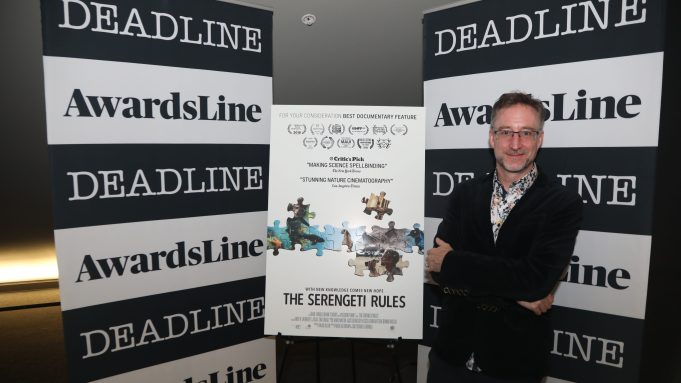 When Nicolas Brown was asked to helm The Serengeti Rules, a nature documentary loosely based on the book of the same name by Sean B. Carroll, he wasn’t entirely sure that a film adaptation of this particular title would be possible, or whether he’d be interested in making it.

“Sean is a molecular biologist, and [the book was filled with] really fascinating things, but they would not make a great movie,” Brown explained last night, on a panel for the doc that he did eventually wind up making. “So, we initially said we couldn’t do this project.” It was only when Brown stumbled on a fascinating set of characters, as well as an illuminating scientific paper, that he decided to take the pic on.

Exploring a number of the most remote and magnificent places on Earth, The Serengeti Rules found its focus in five pioneering scientists, who decades ago began a series of humble experiments, with the goal of better understanding the way nature works, and the rules by which it operates. Making remarkable discoveries throughout this process—each, studying their own separate corner of the world, and its respective ecosystem—these curious minds came upon discoveries that turn our understanding of nature on its head, and offer real hope that our environmentally damaged planet can be restored. Touching on the importance of predators—or ‘keystone species’—to their ecosystems, The Serengeti Rules suggests that in the long term, damaged or ‘downgraded’ ecosystems can be ‘upgraded,’ returning to their original, flourishing form without the necessity of human intervention.

Given the fact that a great number of nature docs made today are cut-and-dried portraits of doom and gloom, the message of hope to be found within The Serengeti Rules was of course attractive to Brown. “Many documentaries will tell you how bad the world is, and leave you quite depressed. But when we saw that a place like the Serengeti can upgrade, that became really exciting. Because I think even the most pessimistic person can get a little glimmer of hope when they realize [this],” the director said. “In every part of the world, there’s untold potential for what nature could be, if we just sort of uncorked the bottle.”

Of all the scientists who spoke with Brown in the making of the doc, perhaps the most important was Bob Paine, the American ecologist who coined the term ‘keystone species,’ and influenced the work of countless other scientists, through his work in the 1960s. “Bob was our first interviewee. We were talking about when we were going to meet, and then we got this email from his daughter saying, ‘You know, he’s actually very ill.’ Then, we got another email saying, ‘He probably won’t make the night. You should probably cancel everything,’” Brown explained. “We were crushed, and we did actually think about just wrapping the film right there, and not even starting.”

Ultimately, Paine reached out to the director himself, inviting him into his home, at a time when he was so ill, he could only speak for around 20 minutes a day. “He had a very aggressive form of leukemia, and I just found it so extraordinary that in your dying moments, you would invite a film crew in to hang out with you. But it was a measure of how passionate he was about the subject, how he wanted to communicate,” Brown remarked. “Also, I think for all of the ecologists, and especially Bob, the way they are in nature, being with nature, it’s way beyond a profession. It’s a way of life, it’s who they are to their core. This is their deepest passion, and I just found it incredibly moving.”

Paine passed away only six days after his interview with Brown, never realizing how crucial his contributions would be to the final film. “I think it was really opening a door, actually, to something, where I don’t think we believed in the film until we met Bob,” the director said. “When we saw that level of commitment to the subject, it was opening a door to say, ‘You know, this isn’t just information. It’s not just data. There’s something more at stake here. There’s something for all of us.’”

While the scientist is no longer with us, his legacy undoubtedly lives on, illuminating, to Brown, what will be necessary in all of us, if we are to combat the climate crisis the world is facing. “I don’t think we can solve either the climate crisis or any of our environmental issues if we approach them purely like, ‘Okay, here are the reports, these are our targets.’ No one’s going to buy into that. People have to actually feel something. They have to actually have an emotional connection,” he said. “Bob had an abundance of that, and all the scientists have an abundance of that, and I think when you realize that and you open that door, you realize that maybe, you do, too.”

For more from our conversation with the director of The Serengeti Rules, check out the video above.