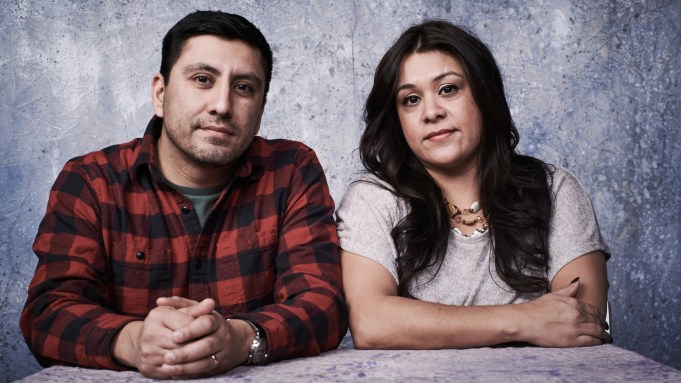 Rudy Valdez was not a filmmaker when he started the long, emotional journey of making the documentary film The Sentence, which detailed the aftermath of his sister Cindy Shank’s 15-year sentence in federal prison for conspiracy charges related to crimes committed by her deceased ex-boyfriend—something known, in legal terms, as “the girlfriend problem.”

“This film was something that was born out of necessity,” said Valdez during his stop at Deadline’s Sundance Studio. I saw the opportunity to have a voice and to give a voice to my family that I feel has been overlooked for so long.”

The former teacher decided to quit his job in order to dedicate himself to the project and “tell as strong story as I could.”

For Shank, the message is simple. “I just want people to know that the people who are behind these bars they are your mothers your daughter’s your sisters and your wives, said the mother of three children. “They deserve fair sentencing they deserve to be looked at. They deserve to not be forgotten.”