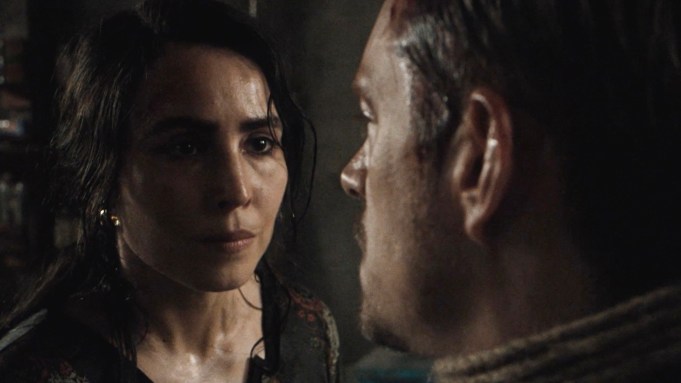 The Secrets We Keep, the tale of a woman who seeks vengeance against a perceived war criminal, has issued its first trailer.

The Bleecker Street release is set in post-WWII America. A woman (Noomi Rapace), rebuilding her life in the suburbs with her husband (Chris Messina), kidnaps her neighbor (Joel Kinnaman) and seeks vengeance for the heinous war crimes she believes he committed against her.

Bleecker Street acquired The Secrets We Keep in May and has set it for release September 16 in theaters, with VOD available on October 16. Watch the trailer above and see the key art below.