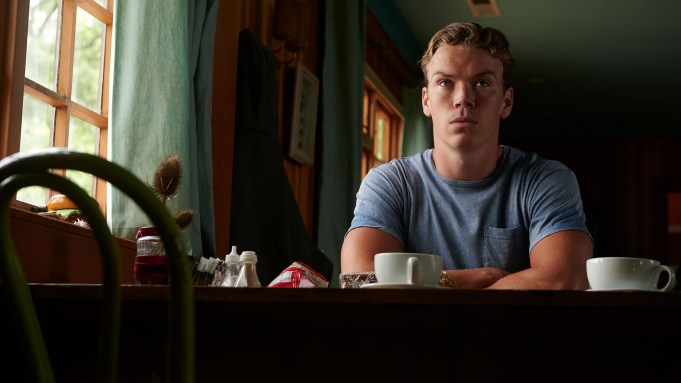 EXCLUSIVE: Here’s your first look at footage from The Score, a musical heist movie with an all-star British cast that premiered at Tallinn Black Nights Film Festival on Monday.

Will Poulter, Johnny Flynn, Naomi Ackie and Lydia Wilson lead the pic, which is directed by Malachi Smyth (Sentinel). The story combines a real-time heist-thriller with romance and a musical soundtrack. It follows two small time crooks, Mike (Flynn) and Troy (Poulter), who are on a mission that they both expect will transform their circumstances. At a roadside café, as they wait for a rendezvous hand-over, Troy falls in love with the waitress, Gloria (Ackie), and begins to question his life choices, while the threat of real danger is driving to meet them.

The film features songs written by Flynn, who is the lead singer of band Johnny Flynn & The Sussex Wit. Executive producers on the project are Nick Angel, who recently collaborated with Wilkinson on Yesterday, and Tim Dellow of Transgressive, which represents Johnny Flynn’s music. WestEnd is handling world sales.