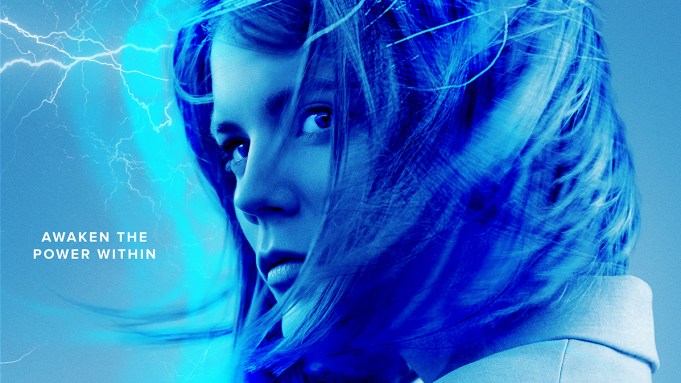 Starz has unveiled the official trailer for The Rook, its supernatural spy drama that recently secured a Sunday, June 30 premiere date.

Based on the novel by Daniel O’Malley, the series stars Shameless alum Emma Greenwell as Myfanwy Thomas, a woman who wakes up in the rain beside London’s Millennium Bridge with no memory of who she is and no way to explain the circle of latex-gloved dead bodies splayed around her.

Myfanwy discovers she is a high-ranking official in the Checquy, Britain’s last truly secret service for people with paranormal abilities. As the trailer shows, she also finds out she’s one of those people — an EVA (Extreme Variant Abilities) — and must navigate the dangerous and complex world of the agency to uncover who wiped her memory and why she is a target.

“You have …. abilities that are only possible in the farthest reaches of human biology,” Joely Richardson’s Linda Farrier tells Greenwell’s Myfanwy, who is starting to figure that out (let’s just say she rings a mean doorbell).

Sam Holcroft and Al Muriel adapted and co-produced the series, from Lionsgate and Liberty Global. Lisa Zwerling and Karyn Usher are showrunners and serve as executive producers alongside Stephen Garrett.

Check out the trailer above and some character posters below: