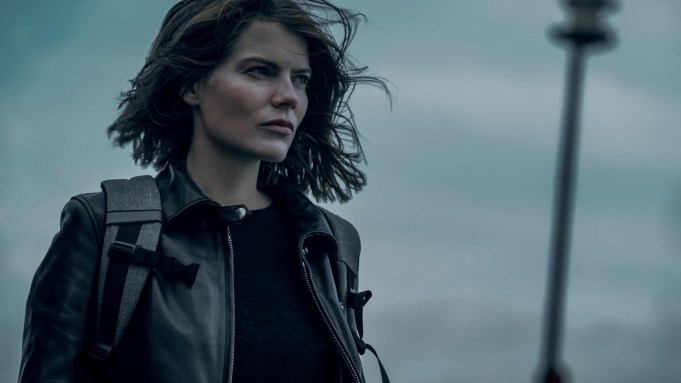 Based on the novel by Daniel O’Malley, The Rook is adapted and co-produced by playwrights and screenwriters Sam Holcroft and Al Muriel. It stars Greenwell as Myfanwy Thomas, a woman who wakes up in the rain beside London’s Millennium Bridge with no memory of who she is and no way to explain the circle of latex-gloved dead bodies splayed around her. When Myfanwy discovers she is a high-ranking official in the Checquy, Britain’s last truly secret service for people with paranormal abilities, she will have to navigate the dangerous and complex world of the agency to uncover who wiped her memory – and why she is a target.

Produced by Lionsgate and Liberty Global, The Rook Season One premiered Sunday, June 30, and will continue to air weekly on Sunday nights at 8pm ET/PT on Starz in the U.S. and Canada, and on the StarzPlay platform in France, Germany, Italy, Spain and Latin America.

Watch the clip above and see photos below.