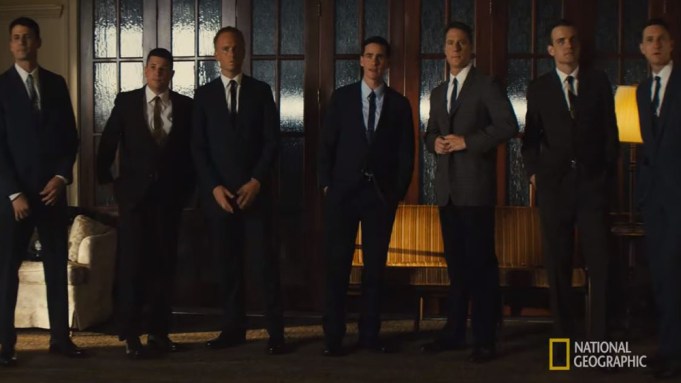 As America basks in the 50th anniversary celebration of the first moon landing, National Geographic has released the first trailer for its original drama series The Right Stuff.The first season, which uses Tom Wolfe’s book as its starting point, starts at the height of the Cold War.

Nat Geo also annopunced some premiere dates for late summer and fall during its TCA panel today. More on those below.

Much more featurette than trailer, this first look at The Right Stuff heads to Kennedy Space Center, where retired Navy test pilot Dave Kennedy says, “What we did today is to try to give our actors exposure to the real world of experimental flight test. It’s important when a production understands how imprtant it is to get this kind of exposure.”

Here’s the logline: To combat a national sentiment of fear and decline, the U.S. government conceives of NASA’s Project Mercury, igniting a space race with the Soviets and making instant celebrities of a handful of the military’s adrenaline-fueled test pilots. These individuals, who come to be known as the Mercury Seven, are forged into heroes long before they have achieved a single heroic act. At the heart of a historic drama populated by deeply human characters, archrivals John Glenn (Patrick J. Adams) and Alan Shepard (Jake McDorman) jockey to become the first man in space.

The cast of the series from from Leonardo DiCaprio’s Appian Way and Warner Horizon Scripted Television also includes Colin O’Donoghue, Eric Ladin, Patrick Fischler, Nora Zehetner, Eloise Mumford, Shannon Lucio and Josh Cooke. Subsequent seasons of The Right Stuff will carry through to the epochal Apollo Space Program, where humankind saw one of its greatest achievements — man setting foot on the moon — and missions beyond.