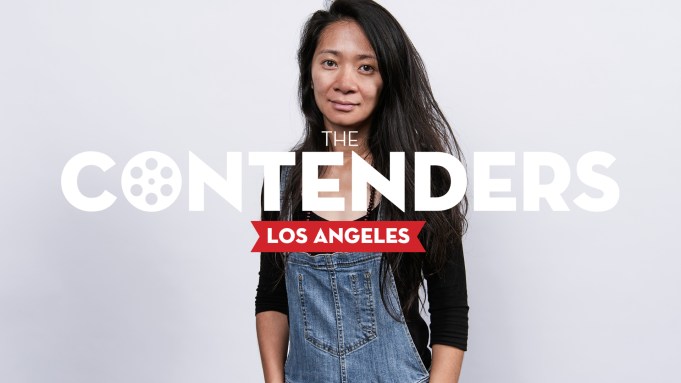 The winner of the marquee Best Feature prize at Monday night’s Gotham Awards, Chloé Zhao’s The Rider has entered a real gallop heading into the badlands of awards season. “I think maybe when people get lost, they go west to look for answers, and that’s what I did,” the Beijing-born director told me earlier this month at Deadline’s annual The Contenders Los Angeles awards-season event.

Having debuted at the Cannes Film Festival last year, The Rider — Zhao’s second film set on the Pine Ridge Reservation in South Dakota — tells the tale of a near fatally damaged rodeo contender and his battle for self-respect against the demands of family and poverty. Adding to the heartfelt impact of the Zhao-penned script is the fact that non-actors, some of whom like leading man Brady Jandreau are portraying portraits of themselves, were cast in the film.

“It’s not that different than how I work with actors, professional actors, it’s just about casting the right person for the right role,” Zhao told the packed DGA Theater crowd of AMPAS and key guild voters.

Securing several Spirit Awards nominations earlier this year, The Rider was released by Sony Pictures Classics in April. Of course, since then Zhao has been named as the director of Marvel’s upcoming The Eternals, a whole different ride unto itself.