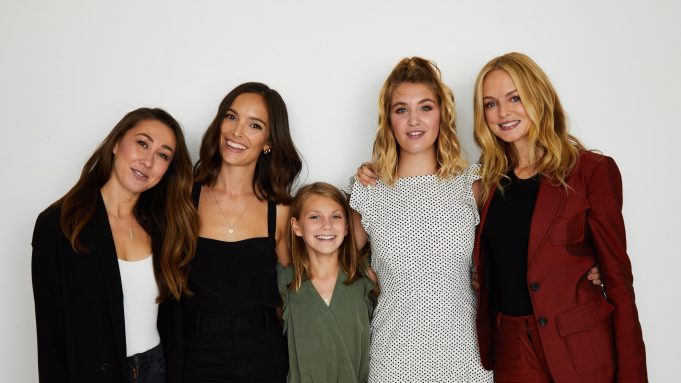 Aisling Chin-Yee came to TIFF with her feature debut, an unusual story about a love triangle involving two women and their daughters— as she explained when she came to the Deadline studio. “It’s about a woman named Cami [Heather Graham],” she said, “who’s a single mother who takes in her ex-husband’s wife Rachel [Jodi Balfour], now his widow, after they find out that he’s passed away. Once he’s died, they discover that he was bankrupt, so she takes Rachel and her daughter into her home, and basically it’s this set of four women who all have to reconcile their grief, their relationships with each other, all under one roof over a summer.”

Chin-Yee recalled that the project came to her via Canadian production company Babe Nation. “They came to me with this script that was written by Alanna Francis,” she said, “and it was just so authentic and so real on the page—just about these amazing characters and these amazing women that I identified with immediately, every single one of them. [I] was watching them develop this project, and was like, ‘Well, hey. If you’re looking for a director, I would love to throw my hat into that ring.’ Then, serendipitously, I was able to become attached to the project, and then work with all of these lovely gals.”

For actress Jodi Balfour, the script was also a draw. “I just fell in love with the world and the nuances of all the characters,” she said, “and the fact that the whole story and the characters exist in such a gray area. It’s much less black-and-white than the portrayals that usually accompany this kind of story, with the archetypes of ‘the other woman,’ or this sort of betrayal [and] reconciliation. It was much more nuanced and raw and truthful.”

To find out more about The Rest of Us, click on the link.