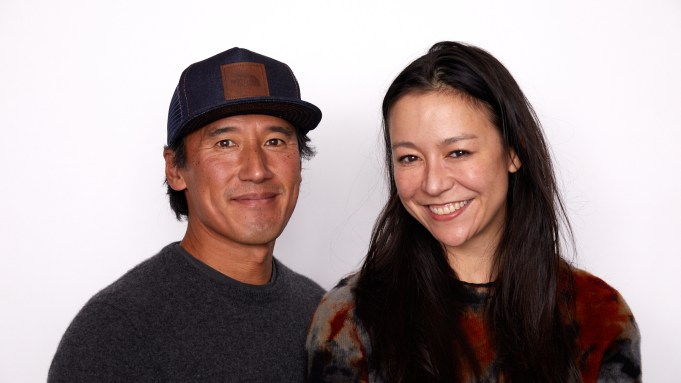 In the summer of 2018, a story out of Thailand seized the world’s attention: 12 boys who were members of a soccer club and their coach became trapped in a flooded cave, and there was very little hope of rescuing them. British amateur cave divers, a team of American military personnel and Thai Navy SEALS joined forces to try to pull off a miracle rescue.

Among the hundreds of millions of people around the globe who watched the human drama unfold were Elizabeth Chai Vasarhelyi and her husband Jimmy Chin, the filmmaking duo behind the Oscar-winning documentary Free Solo. Their new documentary The Rescue, documents the life-and-death attempt to free the boys from the Tham Luang cave.

“It captured our imaginations much the way it captured the world’s,” Vasarhelyi explained as she and Chin stopped by Deadline’s TIFF Studio in Toronto. “Think back to 2018—we were living in quite a divided moment politically, and here was a story that transcended divides or transcended cultures, transcended global location. And it also had to do with kids and the idea that all these people would come together to try to save someone else’s child I think was particularly captivating.”

She added, the story “had all the ingredients we loved—the impossible stakes, the very unique characters who participated.”

“We’re parents. Trying to imagine your kids being stuck in a deep, dark cave with very little chance of surviving really moved us,” Chin said. “This story… really highlights that connection of humanity we all have.”

Very little of the extraction attempt as it happened was filmed at the time—the focus of the divers was on saving the kids, not on shooting video of their undertakings. To portray what took place in the rushing water inside the cave, the directors used what archive video existed, and combined that with motion graphics and recreations shot with the actual participants. Making the documentary presented one challenge after another.

“This was, like, an impossible film to make,” Vasarhelyi said. “It’s pitch black [in the cave]. The water is muddy. No one was allowed to film [the rescue attempt], it’s on the other side of the world, then a pandemic hits. It was just like every [filmmaking] constraint you could possibly imagine.”

Despite those obstacles, Vasarhelyi called the directorial challenge “fun.”

National Geographic, distributor of Free Solo, will also release The Rescue. In the video above, the directors go in depth on making the documentary, and why, for the divers, the dangerous rescue mission posed an “ethical risk.”